You are here: Home / Q&A / Journalist Spotlight: Maria McCarthy
Previous Back to all Next 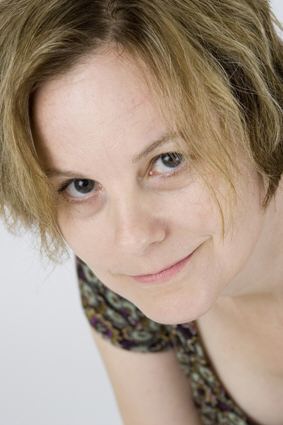 Maria McCarthy started her career as a health and fitness journalist. She made the move to automotive after writing a book aimed at women about learning to drive. The book came about because she felt that although there were books about the technical side of driving, there weren’t any about issues such as finding the right driving instructor and driving test nerves and that this would cover a gap in the market. After The Girls’ Guide to Losing Your L Plates was published she began to receive requests from radio stations and commissioning editors who wanted a woman to comment on automotive matters.

Her next book, The Girls’ Car Handbook, was a more general guide to motoring that was aimed at the everyday consumer driver as opposed to motoring enthusiasts. Though both books are packaged and marketed at ‘girls’ they contain information relevant to anyone who wishes to know about insurance, buying a good car, personal safety or anything else car-related you could think of. Maria aims to bring motoring to people who have different concerns than that of a typical automotive audience, and believes her niche as a female automotive journalist who isn’t a ‘track day girl’ has helped her success.

She said: ‘I’m not a petrol head, don’t do track days and never watch Formula 1. I’m an everyday female motorist and I write for people – both men and women – who love having a car but hate the hassles that can come with it, such as sorting out car insurance or avoiding cowboy garages. I really know my subject but like to write in a light-hearted, accessible way and I don’t imply that women are letting the suffragettes down if they don’t change their own sparkplugs.’

Tipping Point
The two books were a tipping point in Maria’s career and she has now appeared on television and taken part in over 400 radio interviews as well as contributing to many outlets and publications including (but by no means limited to) The Daily Telegraph, Glamour, Good Housekeeping, MSN Cars and Confused.com, as well as regularly commenting on motoring matters for BBC Breakfast News and Daybreak. Her topics span most general motoring concerns and her recent features: Eco Motoring (Good Housekeeping), New Cars on the Block (Glamour) and The Smart Girls’ Guide to Buying a Car (Cosmopolitan), show her versatility. Maria also does Radio Days, copywriting and media training for companies wanting to get on TV or to appeal to the female market, and she is happy to be contacted about this.

As a female journalist in a male dominated industry Maria has felt very welcome and received support from other journalists and industry folk she meets. She said: ‘Although motoring journalists and PRs often tend to be men, I’ve always found them really friendly and welcoming. Some male journalists have even been kind enough to give glowing reviews to my books (which means they must have been ok about settling down to read a book with a girlie pink cover!).’

Social Media
Social media plays its part but quite surprisingly Maria finds Facebook to be more useful than Twitter and uses her 1,000 plus following to crowdsource information and put out requests: ‘I’ve got a work Facebook page where my friends are mostly journalists, motoring PRs and driving instructors. I post links to my features there and if I’m writing on a particular issue (for example, women feeling intimidated buying when buying cars) I’ll post a query and get a debate going to get a feel for the range of opinions and strategies.

Twitter just isn’t as useful for Maria (‘I always find cutting my tweets back to the requisite number of characters really difficult!’) and she believes you either fall into the Facebook or Twitter camps. Maria keeps a blog where she posts extracts from her books – a self-marketing tool which doubles up as a great read.

Working with PR
Maria is interested in receiving press material relating to motoring. She prefers releases to be in the body of the email and for attachments to be small. Email subject lines should be direct rather than cryptic. Maria likes stories connected to a celebrity (for example, the Victoria Beckham/Range Rover link acted as a very effective hook for the Glamour feature) or human interest e.g. a breakdown company should include access to the individual they have helped. She also suggests that comments from people working at the sharp end – mechanics, road testers etc. – are more usable than comments from senior staff.

PRs should target their press releases to particular types of outlet. A good example are the photos of the retro Fiat 500, which featured in several women’s magazines, as they were taken in a fashion-led format that appealed to the picture desks of magazines like Glamour and Grazia far more than the traditional motoring style.

What car do you currently drive? VW Polo

What’s your dream car? Vintage VW Campervan for a lengthy ‘go with the flow’ trip around the UK and Ireland.

Do you have any surprising hobbies or interests? I’m quite good at jiving and used to be a regular at the 100 Club on Oxford St.

Who would play you in a film? Maxine Peake.

What would your super power be? To bring about world peace and provide all unwanted pets with caring homes.

What’s the one thing you can’t live without? Several cups of strong PG tips tea first thing in the morning.

Editorial information on Maria McCarthy, the outlets she has written for and thousands of other media contacts, can be found in the CisionPoint media database.

Would you quit your job tomorrow?