You are here: Home / journalism / news:rewired digital stories
Previous Back to all Next 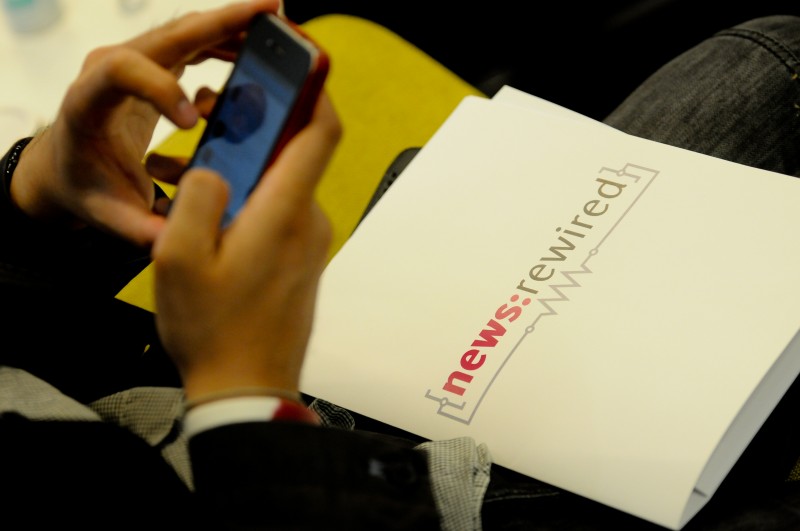 Last Thursday I attended Journalism.co.uk’s latest news:rewired conference at MSN’s London headquarters. Highlights include the keynote address from Nicolas Kayser-Bril, chief executive and founder of Journalism++, who talked about the importance of data journalism; a panel session on long-form digital journalism discussing video, essays and audience demand; and lightning rounds with journalism innovators.

Liveblogging
My interests were primarily in the sessions covering liveblogging, not least because I will attempt this for the first time tomorrow at Cision’s Breakfast Club! [Tune in from 8:30am]. The first panel session titled ‘Collecting social conversations’, had two takes on news gathering from social platforms. Katie Rogers from the Guardian US liveblogged Hurricane Sandy and had four tips: spot the news but mind the bubble, gather the news and check it twice, add something unique, and engage with the news. 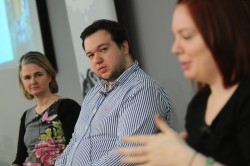 Her first tip was echoed throughout the session and it is vital when reporting in real time to spot the good stories in all the noise. For the Hurricane Sandy live blog, Katie had to gather news from people who were in the thick of the event but also check everything for fakes; there were so many fictional stories that the Guardian US set up a separate ‘fake Sandy’ page.

Dave Wyllie from BreakingNews.com also stressed the importance of verification, though his deadline of, ‘within half an hour of a story breaking’, makes it a more challenging process. He talked the audience through the Aurora cinema shooting and how they used pictures on Twitter and location tags to verify the story. Dave advocated ‘old fashioned’ journalism techniques with modern day tools and warned that people who shout the loudest are not always correct – a lesson for everyone using social media.

For Dave one of the secrets of BreakingNews.com’s success is their decision to pick just a couple of stories they can do well rather than stretch themselves and try to cover every story. This highlights the different types of liveblogging: single events or streams of news. The Liveblogging workshop explored this difference in more depth and Neil Macdonald, head of web and data development at Trinity Mirror Merseyside, talked about covering a single event. For Neil it is a four-step process: planning, how and when to update, using social media and looking back.

Neil explained each step: before any event they plan out the key locations they’ll have to cover, equipment and internet capabilities available and any research or information they already have; the updates should be short and a mix of multimedia; social media is monitored for audience involvement and also used as a tool to publish liveblogging excerpts. Once the event is over Neil and his team reshape the live blog into an as-it-happened story, something you can expect from the Cision Blog tomorrow. For an overview of Neil’s tips you can watch his liveblogging rendition of Bob Dylan’s Subterranean Homesick Blues video.

Seb Ramsey, the hub news editor at the Manchester Evening News, looked at liveblogging as a continuous process. For this his team adopts a broadcast style that’s more informal and entertaining, covering everything from major news to weather and traffic. Seb said that as the feed is updated throughout the day it is important for a mix of light and heavy stories to keep the audience engaged. Another way to avoid putting off an audience is knowing the difference between when to tweet and when to blog, Seb pointing out that their previous tactic of tweeting everything on the blog was counterproductive as it flooded their followers’ Twitter feeds.

Digital stories
Digital stories are the reality of modern journalism and online considerations are becoming an important part of the news planning process. news:rewired offered a mixture of direction, in the form of tips and pointers, and inspiration. Meeting likeminded delegates who wish to better their digital understanding and being exposed to clever technologies from start-ups leaves one feeling ready to take on the whole internet. Digital isn’t killing journalism, it’s making it something so much more and how we approach the medium will define the future of the industry.

Editorial information on journalists mentioned and thousands of other media contacts, can be found in the CisionPoint media database.