You are here: Home / Politics / Lord Clement-Jones: If we truly want people to stay home, they need the...
Previous Back to all Next 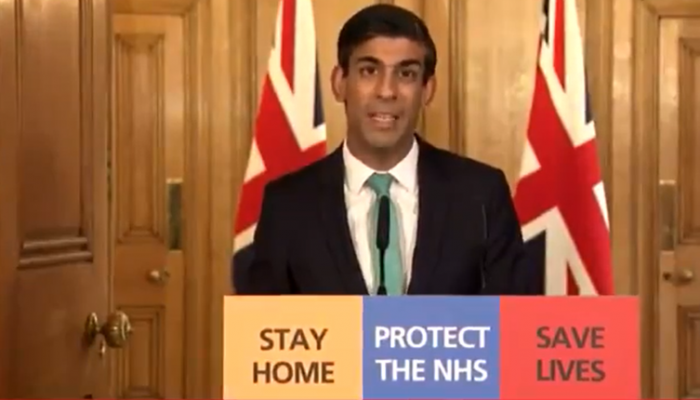 Liberal Democrat House of Lords spokesperson for Digital, Lord Clement-Jones, urges the Government to think again about how best to support the self-employed who cannot survive until June without any financial help, and to do more for people who weren’t helped at all by the package announced last week.

Throughout the coronavirus crisis the self-employed have been neglected by the Government. Even with Rishi Sunak’s announcement last week of a financial package for the self-employed, it seems they will not receive a single penny until June.

This took far too long to come, but with consistent pressure from the Liberal Democrats such as through tabling amendments in both Houses of Parliament, finally the Government came forward with something. We consistently made clear that millions of individuals had been plunged into financial insecurity, and subsequently far too many were wondering if they can even afford to put food on the table over the next few months. However, this then begs the question how do they expect people to wait months before they see any material financial support?

The self-employed are not high-flying entrepreneurs as often pictured – they are taxi drivers, hairdressers, builders or child minders. Many of these people will not have savings large enough to cover the cost of living for months on end without any money coming in.

The majority of the self-employed have taxable incomes of less than £10,000 a year, and that compares with just 15% of employees on incomes that low. Without any money before June, they won’t be able to pay their mortgages, rent and bills, and potentially face financial ruin.

Another industry largely forgotten about is the creative industries. The Creative Industries Federation survey last week revealed that 60% of creative freelancers estimate that their income will more than halve in 2020 due to the coronavirus outbreak, and almost 50% of freelancers who responded to their poll have already had 100% of their work cancelled.

The wait until June is not the only concern Liberal Democrats have. The scheme proposed by the Chancellor also ignores all those who have been self-employed for less than a year. Between November 2019 and January 2020, the number of self-employed workers increased by 194,000. Many of these individuals will have risked their savings to get started and it looks like they will get nothing from the package. Equally, the Chancellor’s pledge that the self-employed can access loans is also useless to the majority who cannot to afford the personal guarantees banks are saying small businesses need.

If we truly want people to stay home, we must ensure people have the cash to get by now. This is not just about protecting their finances, but also their health. We need to protect them and those around them from the virus – this cannot become a luxury for those who can afford to. If we have seen anything over the past few days, it has been how easily and quickly this virus can spread. The financial packages announced are not just there to protect people’s bank accounts, but to give them the ability to follow the advice we have been given regarding social distancing. If we truly believe that no-one deserves better healthcare because of who they are, where they’re from, or how much they earn, then I would urge the Government to think about how soon they can get the funding to the self-employed during this crisis.

Lord Clement-Jones is a Liberal Democrat peer and the party’s House of Lords Spokesperson for digital.