You are here: Home / PR / Moorgate Communications appoints Thomas Morris as MD
Previous Back to all Next 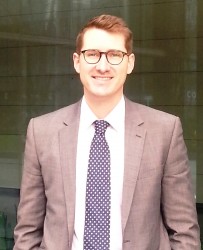 Moorgate Communications, a specialist financial PR company, has appointed Thomas Morris as managing director. He is expected to work alongside chief executive Robert Kelsey in setting the strategy for the company’s growth. Morris joined Moorgate in 2010 from digital media agency Oxigen II and is a former journalist with News International.

Morris said: ‘The company has already made significant strides in the four years I have been here and I am confident we can continue to both broaden our areas of specialisation and add the necessary tactical potential in response to the market’s need for a holistic PR offering. While thought leadership will always remain central to our offering, our tactics are evolving to include digital content production and social media management.’

As part of the structural changes, Moorgate has also promoted Samantha Smith to senior account director. Samantha, a former editor with Random House,  has been at Moorgate three years. She will now be responsible for the management of the company’s core transaction banking arm.

‘Moorgate’s DNA has always been to offer intelligent PR based on communicating our clients’ expertise,’ said Robert Kelsey. ‘This often involves thought leadership tactics such as white papers, commentary writing and events. The aim now is to expand to include video production, social media, media training and in-house publications.’