You are here: Home / Politics / New Social Housing White Paper will give residents a voice
Previous Back to all Next 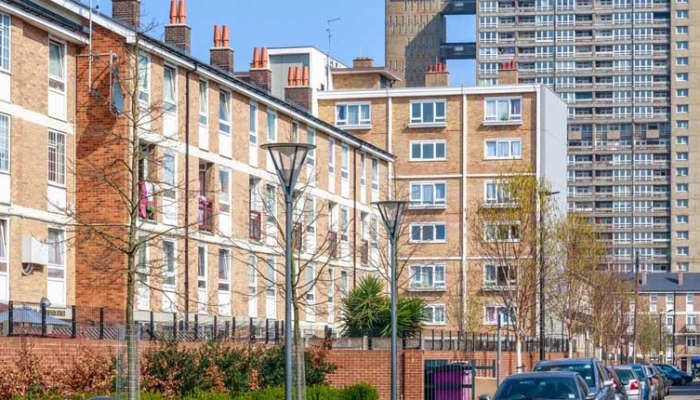 Vuelio’s Housing policy researcher Jennifer Prescott introduces the Government’s much anticipated Social Housing White Paper which she says represents ‘an important step in the Government’s response to the Grenfell Tower tragedy’ and pledges to ‘increase safety and transparency and ensure landlords are more accountable to their tenants’.

More than three years ago the former Secretary of State for Communities and Local Government Sajid Javid promised a ‘wide-ranging, top-to-bottom review’ of social housing. Four Housing Secretaries and a global pandemic later and the long-awaited White Paper has finally been published.

It represents an important step in the Government’s response to the Grenfell Tower tragedy, setting out a series of proposals to give residents a voice, increase safety and transparency and ensure landlords are more accountable to their tenants.

The Regulator of Social Housing – until now only reactive – will become more proactive with the creation of a ‘new arm’, which will deal with issues including the quality of homes, repairs, engagement with residents and the handling of complaints. The new arm will carry out routine inspections for any landlord with over 1,000 homes every four years and will have the powers to take action against those who do not meet the standards. The powers of the Housing Ombudsman will also be strengthened, to improve the organisation’s role in dealing with complaints from residents.

Under the new proposals, landlords will be obliged to publish CEO salaries, as well as management costs. The Decent Homes Standard will undergo a review, which will look at including decarbonisation and energy efficiency, with a decision to be made by Autumn 2021. There are measures to improve fire safety, including a consultation on fire alarms and the sharing of fire safety data. A review on whether the sector is sufficiently equipped to deal with mental health issues and anti-social behaviour will also be carried out.

There is a whole chapter dedicated to measures designed to encourage home ownership – which some would argue has no place amongst social housing reforms – and makes the absence of new social housing investment even more apparent. Despite calls from nearly every trade body in the sector, the Government has not committed to spending any more money on social housing. While the White Paper has been welcomed by many, the Local Government Association (LGA) has said the reforms do not address the severe shortage of homes and long waiting lists – which are only going to get longer due to the pandemic. A recent report by the LGA, the National Federation of ALMOs and ARCH  (the Association of Retained Council Housing) calls for an extra 100,000 social homes for rent to be built each year in order to address the crisis.