You are here: Home / PR / NHS – Calling all PR miracles
Previous Back to all Next

The NHS needs a makeover, an image overhaul, a transformation, a…call it what you may but the brand NHS has never needed more attention than it does today. 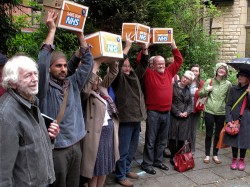 Surely, this suggestion should come as no surprise to anyone living in the UK; given media reports on mismanagement, medical negligence and financial ambiguity have been linked to Britain’s public healthcare system for decades. But, 2013 has been particularly brutal for the NHS image as it comes under fire for scandals such as the Mid Staffordshire hospital deaths, Liverpool Care Pathway review, and the Care Quality Commission cover-up – all massive blows to the dwindling credibility on which the cash-strapped behemoth today stands.

The above incidents along with hundreds others related to poor health services have prompted lengthy investigative reports and reviews, only to result in appalling statistics shaking the NHS structure and bringing in more resignations than solutions. Political angst and mud-slinging between Labour and the Coalition have not been discreet either, subjecting the institution to international scrutiny, and criticism.

Lost in the middle is the NHS identity, which has taken a massive beating. But with NHS operating on a budget which is already well below what is required to survive – let alone function effectively, room for improving public relations is not viewed as priority.

Case in point is the reaction a BBC investigation on NHS PR spending received earlier this year for what critics argued were funds, ‘spent on medical doctors, rather than spin doctors’. According to the report, NHS in London spent £13m on public relations over the last three years. It found 82 press officers on the public payroll, as compared to eight press officers working in the entire NHS in 1981.

NHS was also criticised in 2012 for hiring a Head of Brand on an annual wage of nearly £100,000 to ensure its logo was used correctly. The appointment was opposed by public and government ministers alike who reportedly blamed NHS for a ‘frivolous’ waste of money on an ‘unnecessary post’, especially during a financial crisis.

While spends are understandably criticised, it is worth considering what benefits the right kind of PR can bring to the table, especially at a time when (as polls indicate) more than half the country’s population have little or no trust in the NHS.

The Chartered Institute of Public Relations chief executive Jane Wilson was quoted defending the use of PR agencies in response to the BBC report: ‘NHS public relations professionals work directly with health care professionals to ensure issues such as wellness and healthy living campaigns are properly communicated.

‘These campaigns aim to save the amount of time and public money spent on public health issues which can be prevented at source by information provision and the raising of awareness.’

In agreement is industry body Public Relations Consultants Association (PRCA): ‘As the health service faces imminent structural changes, the NHS and its trusts need good public relations – now more than ever. The NHS needs to communicate effectively to the public and patients what these changes mean for them. In addition, PR provides a crucial tool in tackling health risks and explaining how the health service can help. Therefore it is perfectly sensible that some London NHS trusts have used PR consultancies to provide extra support for their PR activities when crucial specialist advice is necessary.’

Both points are valid, but one can’t ignore the cost PR adds up to, especially with NHS operating in a financial crunch. Rather than employ a large team and hire different PR agencies to manage its reputation, would NHS hospitals be better off focusing their efforts on an integrated public relations approach where the objective is to communicate truthfully, rather than incessantly.