You are here: Home / Politics / Overview of the Rwanda deportation policy
Previous Back to all Next 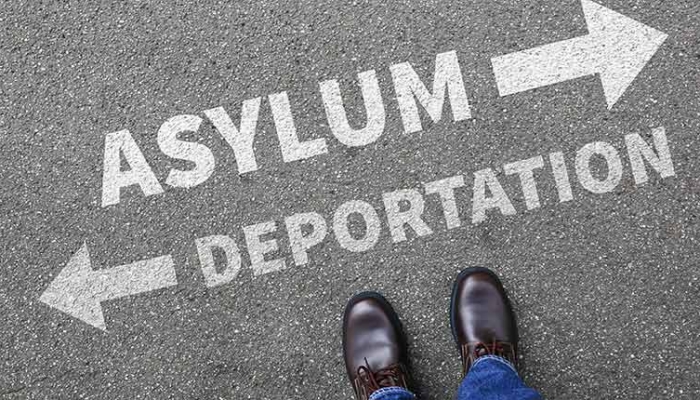 On the 14 of April the British Government announced collaboration with Rwanda for a new Migration and Economic Development Partnership to redress the imbalance between illegal and legal migration routes.

This collaboration means those travelling to the UK from Ukraine via problematic and illegal methods and routes will be considered for relocation to Rwanda, whereby their asylum claim can be processed. However, the plan also includes consideration for any person who has arrived in the UK in this way since the 1 of January 2022. Under no circumstance will they be given the opportunity to return to the UK at any stage – rather, if rejected, they will be offered the chance to stay in Rwanda, or to return to their home country.

Under this plan, those considered for relocation will be provided with the appropriate legal advice on how to go forward, as well as a seemingly generous support package, including safe accommodation, food, healthcare provision and amenities. To further aid the legal advice provided, those seeking asylum will have full access to translators in order to support court decisions and appeals. This strategic alliance forms part of a suite of measures under the New Plan for Immigration. Sky News has compared the plan to immigration policies in Australia, Israel and Denmark.

The UK is providing substantial investment to boost the development of Rwanda, including jobs, skills and opportunities to benefit both migrants and host communities. This includes an initial investment of £120 million as part of a new Economic Transformation and Integration Fund. However, that doesn’t explain why Rwanda is the chosen one.

Rwanda is a State Party to the 1951 UN Refugee Convention and the seven core UN Human Rights Conventions. It is also recognised globally for its record on welcoming and integrating migrants, including over 500 people evacuated from Libya under the EU’s Emergency Transit Mechanism working in partnership with the UN Refugee Agency, and 30,000 Burundian refugees.

This plan has apparent advantages. The agreement supports those in immediate and serious need of peace and safety, as well as providing stability and the structural opportunity and means to rebuild a safer life. Further, it disrupts the opportunity for organised gang crime, predominantly crimes relating to smuggling. This also has the potential to enhance the UK’s relationship with Rwanda and has the potential to enhance the economic prosperity within the Rwandan region.

Despite everything being compliant with our legal and international obligations, over 160 organisations have urged the UK government to scrap this so-called ‘cruel’ plan, including Amnesty International, who have labelled it a ‘shameful abandonment’ of human rights responsibilities. Religious institutions are not an exception to this with the Methodist Church claiming the UKs response gives ‘yet another insight unto its hostile, uncompassionate and ineffective response to asylum seekers and refugees’.
However, it doesn’t stop there, opponents of this plan (the British public) have headed to court for an appeals hearing on the 13 of June amid the political backlash following reports that our Prince Charles has described the policy as outrightly “appalling”. A coalition of groups, including immigration rights advocates and unions have asked the Court of Appeal to reverse a lower court ruling allowing for the first deportation flight to go ahead.

These reactions perhaps aren’t a surprise… though, Charles’s comments could be deemed problematic due to his position as heir to the throne, and the British monarch being supposedly distant or above the political fray. The United Nations’ refugee agency has also opposed these plans. Despite this, the Home Office and Johnson’s government show no signs of ceasing or altering these plans, and movement has begun.

Ellie Farrow is a Political Content Officer for Vuelio, focusing on subjects including Home Affairs and Justice.