You are here: Home / Politics / Parliament Watch: Environment
Previous Back to all Next 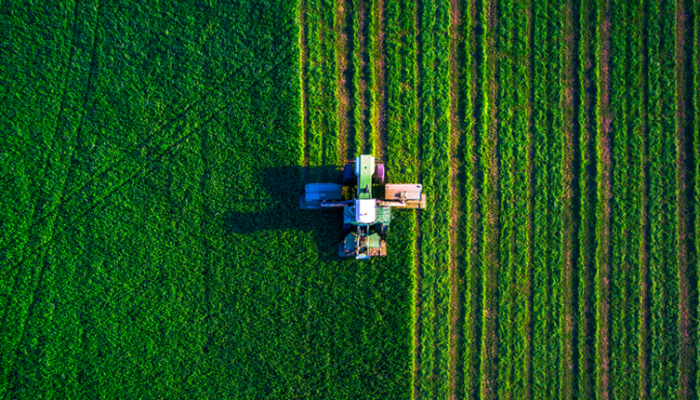 When MPs and peers return to Westminster next month, one of the most prominent issues they’ll face is the environment, with the Government echoing the rhetoric of campaigners who have been calling for a ‘green recovery’ and for the UK to ‘build back better’ from the coronavirus crisis. They will also have to vote on the three key bills to create a post-Brexit environmental framework, consider the implications of new trade deals, and prepare for the UN climate change conference COP26, which the UK will be hosting next year.

Building back better
Announcing a £350m decarbonisation package at the end of July, Boris Johnson said ‘our green ambitions remain sky high as we build back better for both our people and our planet’. This aspiration was also set out in Rishi Sunak’s summer economic statement as part of the Government’s ‘Plan for Jobs’. He said that the Government wanted ‘a green recovery with concern for our environment at its heart’ and announced a £3bn plan to create green jobs, including the Green Homes Grant to improve domestic energy efficiency. This, of course, is in addition the Government’s need to explain how it will meet the target set under Theresa May of reaching net zero emissions by 2050.

As environmental campaigners have repeatedly pointed out, delivering a green recovery and attaining net zero requires more than just warm words, targets and isolated programmes, welcome though these are. For this reason, all eyes will be on the Budget Sunak is expected to deliver in the autumn. In order to drive private sector investment, the Government will need to give a clear steer on its direction of travel and give investors confidence that the UK is on a secure, long-term pathway to net zero, covering all of its activity.

It has a variety of tools at its disposal to achieve this. For example, the long-promised National Infrastructure Strategy, Energy White Paper and Low Carbon Heat Strategy are all now expected to be published in the autumn, alongside the Comprehensive Spending Review and an interim report from the Net Zero Review. Together, these could create a framework for a greener, more environmentally friendly post-Covid future. However, environmentalists will be concerned that the Government’s ‘build, build, build’ mantra could result in incoherent policy, with Johnson claiming in a speech that ‘newt-counting’ was delaying house-building, even as he asserted that the UK would ‘build back greener’.

Taking back (environmental) control
As we get closer to Parliament sitting again and to the end of the Brexit transition, those of us who focus on the environment will be on the lookout for details of the return of the three key bills which will define our post-Brexit environmental framework: the Environment Bill, the Agriculture Bill, and the Fisheries Bill. So far, the only one of these to appear on the parliamentary calendar is the Fisheries Bill, which will have its second reading on the first day that the Commons returns – 1 September.

Even as the bills progress through Parliament, there is plenty to be done to ensure that they can actually be implemented and many details that need to be fleshed out. For example, the Environment Bill will create a new environmental regulator, the Office for Environmental Protection and recruitment for its chair started earlier this month. Another example is the Environmental Land Management scheme being created through the Agriculture Bill, with more details on this promised by the autumn. The Environment Bill also contains a range of measures targeted at reducing waste and boosting recycling, including a deposit return scheme, extended producer responsibility for packaging, and consistency in waste and recycling collections. These all await further consultation to agree their details before they can be implemented.

Appearing before the Environmental Audit Committee in June, George Eustice, the Secretary of State for Environment, Food and Rural Affairs, told MPs that his priority ‘across all fronts, whether it is agriculture, fishing or our environment, is to demonstrate that we can chart a different course and do things better than the European Union’. The next few months will give us a good indication of how the Government’s actions match this rhetoric.

Trade deal or no deal?
The environment – and agriculture in particular – has taken a prominent role in discussion of the UK’s post-Brexit trading future. Concerns about the implications of a trade deal with the USA for the country’s food, environmental and animal welfare standards have proven to be a flashpoint, even within the ranks of the Conservative Party.

An amendment to the Agriculture Bill seeking to ensure that the UK wouldn’t agree trade agreements allowing the import into the UK of food which didn’t at least meet the UK’s standards was tabled by the Environment, Food and Rural Affairs Committee Chair Neil Parish, a Conservative MP. This was rejected, but in light of the concerns the Government launched a Trade and Agriculture Commission in July to advise on its policy on this topic, with a report expected after six months. With suggestions that time is running out for a deal to be agreed before the American presidential election in the autumn, this is a key area to keep an eye on.

The proposed trade deal between the UK and Japan also seems to have run into agriculture-related problems, with International Trade Secretary Liz Truss reportedly holding out for better terms on British blue cheeses, such as Stilton. Perhaps more seriously, European Union chief negotiator Michel Barnier said last month that the UK’s position on fisheries in negotiations on the post-Brexit relationship with the bloc was ‘simply unacceptable’ and ‘makes a trade agreement at this point unlikely’. All these are issues which will continue to develop in the autumn, and in years to come, as the UK tries to establish its position now it has left the EU.

Delivering global change
It’s important to remember that climate change is ultimately a global concern which needs coordinated international action – no matter how good the UK’s policies might be, the planet’s current trajectory cannot be altered unilaterally. One of the events which fell foul of COVID-19 was COP26, the UN’s climate change conference, which was due to be hosted in Glasgow this year. The event has now been postponed to 2021, and environmental organisations will be keeping a beady eye on what Alok Sharma, who is both COP26 President and Business, Energy and Industrial Strategy Secretary, has been doing to ensure that the conference is regarded as a success in challenging the climate crisis, rather than a missed opportunity.

A crucial moment
One of the few upsides of the current pandemic is that it allows for some thought about things we might want to change as we start the process of recovery, while Brexit allows a similar opportunity for thinking about future environmental, agricultural, fisheries and trade policy. However, there are also significant risks involved – will the Government’s planning reforms negate the ‘green recovery’? Will the UK’s new environmental framework deliver the improvements the Government claims? The next few months will give us some clarity on the UK’s future trajectory.