You are here: Home / Politics / Parliament Watch: The Pharmaceutical sector
Previous Back to all Next 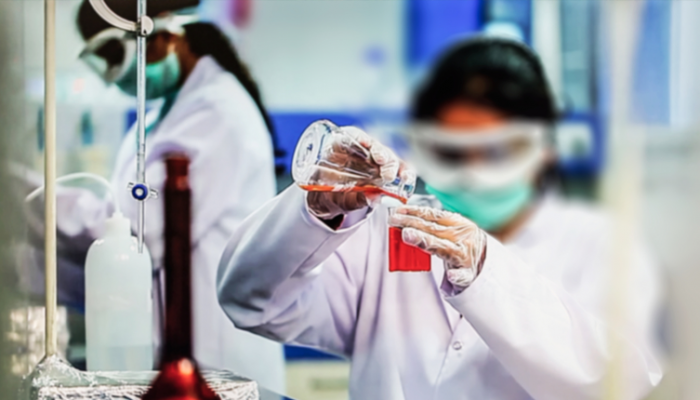 Autumn will be a waiting game for the pharmaceutical industry. With the end of the EU transition period fast approaching, the sector is closely watching emerging trade deals with Europe and the US develop, whilst the future level of cooperation with the EU on life sciences is still unclear. On top of this, coronavirus has sent the health sector into flux, with hopes pinned on approving a vaccine or effective treatment soon.

Brexit and Trade
Brexit will be critical to the pharmaceutical sector amid developing trade deals and fears about future medical supply, while emerging regulatory gaps drive legislation through Parliament. Britain laid out its approach to negotiations with the EU in February where it advocated for zero tariffs and unrestrictive regulatory standards, the recognition of Good Manufacturing Practice and cooperation on data sharing, clinical trial infrastructure, and on processes surrounding patient safety in medical device development.

Responding to the negotiation strategy, the Association of the British Pharmaceutical Industry said: ‘The Government has set out a vision for a future relationship where both sides can work together in the interest of patient safety, public health, and the pursuit of scientific progress for UK and EU citizens. As negotiations get underway, we urge ambition and pragmatism to achieve these goals.’

However, with post Brexit trade talks under strain and limited by a tight time pressure, the threat of a no deal Brexit at the end of the year still looms. Furthermore, fears over the future medical supply have been compounded by warnings from the pharmaceutical industry, which raised concern earlier this year that the medical stockpile had to be used up ‘almost entirely’ by the coronavirus response. As a result, in its contingency planning, the Government has called on medicine suppliers to ‘buffer stocks of medical supplies where possible’, calling for companies to have at least six weeks’ total stock on UK soil.

Medicines and Medical Devices Bill
The Medicines and Medical Devices Bill is expected to pass into law this Autumn. The Bill, which covers human medicines, veterinary medicines and medical devices legislation, aims to address the regulatory gap in regulation after the UK concludes its transition period, having left the European Union. Announcing the legislation Health Secretary Matt Hancock said: ‘Now that we have left the European Union, we need a regulatory system that is nimble enough to keep up with those developments while maintaining and enhancing patient safety.’

Under the new legislation, the Government will have greater powers on the sector’s law including on the manufacture, marketing and supply of human medicines, clinical trials and the charging of fees in relation human medicines provision. The Government has indicated that it will use the powers to support the development of new medicines and medical devices while removing ‘unnecessary bureaucracy’ for the lowest risk clinical trials. In a briefing, the British Medical Association raised concern over the increased legislative power the Government will hold under the new Bill, calling for patient safety to be considered ‘first and foremost’ in future regulation and in market standards. The Bill ran through its committee stage in the House of Commons in June, with no major amendments, though the Government has since proposed a new UK registry for medical devices. It will have its Second Reading in the House of Lords on 2 September.

Coronavirus therapeutics and vaccines
Since the beginning of the coronavirus outbreak, many pharmaceutical companies have been on alert to deliver a vaccine or a therapeutic drug to aid the Covid-19 response. The Government set up a Vaccine Task force in April, which is now chaired by Kate Bingham, to accelerate the development of a safe and effective vaccine. Though no vaccines have yet been approved, Bingham told the Science and Technology Committee in July that the Taskforce has invested in clinical trials and vaccine manufacturing and is supporting a portfolio of emerging vaccines potentials, including the Oxford University/AstraZeneca vaccine, which is ahead of others in the clinical trial process.

In addition, the Randomised Evaluation of COVID-19 Therapy (RECOVERY) trial, also set up in April, evaluates potential coronavirus treatments from drugs already in the market in the largest clinical trial of its kind. Dexamethasone, an anti-inflammatory drug, was authorised as a Covid-19 treatment as a result of the trial, as it was found to significantly reduce the risk of death among coronavirus patients requiring oxygen.