You are here: Home / PR Pulse / Pitching to the right places with The Media Insider Podcast’s Helen...
Previous Back to all Next 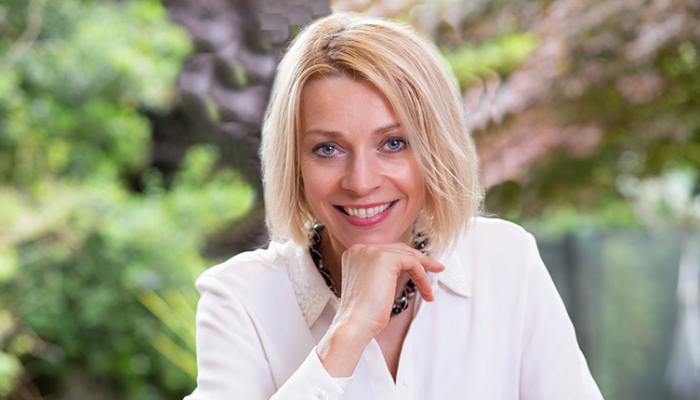 Helen Croydon, founder of Thought Leadership PR, three-time author and former journalist and broadcaster of 15 years can now add podcast host to her list of accolades. The Media Insider Podcast was launched by Helen and the team at Thought Leadership PR to give an insight of how different newsrooms work, what their planning processes are and how best to pitch to different media outlets.

‘There is a perennial misunderstanding of how the media works by PRs and the general public. Making the transition from journalism to PR, I realised how much I take my experience for granted.’

Helen shares what she has learnt from commissioning editors, journalists and producers, as well as her own knowledge, on how PRs can make meaningful and successful connections.

What were your reasons for wanting to start the podcast?
First the altruistic reason – I wanted to bring an understanding of the media to PRs who pitch to the press and people who want to promote their business or their profile in the media. There is a perennial misunderstanding of how the media works by PRs and the general public. Making the transition from journalism to PR, I realised how much I take my experience for granted. I ran some courses for PRs on pitching to the media and gave talks to entrepreneurs about how to get their business in the media. It quickly became clear how little of PR training covers how a newsroom works.

Now the selfish reason: Even after a 15-year career as an author and journalist, I still find the planning process at many publications or programmes an enigma. I’ve worked across all forms of media, but I have no idea when long-lead printed magazines plan their stories, how commissioning timetables have changed for digital-only publications or how trade publications work.

My podcast is as much a learning tool for myself in my role as founder of Thought Leadership PR, as it is for my listener base of PRs, entrepreneurs and freelance journalists.

What are some of the most interesting things you have learnt during the podcast so far?
That the commissioning process at different publications is more varied than I thought. Even in the time since I stepped away from journalism (three years), things have changed considerably. I come from the not-so-distant-media past where print and digital teams worked separately, when news journalists and features journalists were different. So, I’ve always thought that you need to pitch a news story to a news desk, and a features story to a features commissioning editor.

One thing I took away from a recent interview with Sophie Gallagher, the lifestyle editor of The Independent, is that her writers are ‘all-rounders’. They may do an interview, but they may also do a news story or write a review of top tech products. Digital has meant that the ‘slots’ and pages of the old print format are not as rigid as they used to be.

How can PRs better understand how journalists work?
PRs know all about KPIs and proudly refer to articles as ‘earned media’ and suggest ‘subject matter experts’ as spokespeople, but actually these aren’t terms the media even use. PR and comms professionals are taught to pitch to the media by more experienced comms and PR professionals. But none of them get the perspective from journalists.

How big an affect has digital media had in the way journalists and PRs interact (sourcing/pitching stories)?
It’s made it more difficult for PRs to build a picture of the media landscape. The digital media has become a blurred web of online magazines, blogs, advice sites, podcasts, and even branded journalism platforms or influencer YouTube channels. It is impossible to keep track of the main platforms; how reputable they are or whether they follow any patterns. Pre-digital age, PRs knew that The Daily Mail had a lifestyle section on a Thursday called Femail or that BBC Business uses topical commentators (etc., etc.). The list was long, but at least it was exhaustive. Now there is a plethora of low-tier blog-come-magazine websites, the sorts of places that publish clickbait, and it is these titles that welcome contributor-authored articles and are more receptive to PRs pitching editorially questionable content. They are part op-ed, part promotion.

Even some traditional top-tier publications have contributor programmes where non-journalists write things, and daily newspapers have ever more sponsored content. Whether this is good or bad is a separate debate, but what this means is that for PRs and the general public it’s more unclear what is media-worthy.

Having worked for newspapers, magazines and broadcast, which would you say is the most challenging to pitch to and why?
Newspapers, because they move so quick and your pitch has to be pegged to something in the news. You have to pitch before the morning planning meeting. In the print days this used to be the 11am conference, but what I’ve learned from my podcast guests is that in the digital era, news editors meet at 8am to discuss what stories they’ll follow up that day. As a PR, if you’re pitching a comment piece on behalf of a client that’s related to a story in the news today, you’ll have to pitch it before 8am.

Counter-intuitively, pitching to the broadcast media is easiest because they’re the most receptive. Usually they’ll have a planning desk – a team dedicated to booking guests and planning stories a day ahead, so they are not as affected by the deadlines of that day’s programme.

What would you say are the most common ‘pitching hates’ acknowledged by journalists and how can PRs avoid these?
Not studying the publication. Not watching programme. Not knowing the audience.

From your own experience, can you give an example of a really good pitch/a PR doing their research before getting in touch with you?
When I was freelance, I used to write for Metro’s ‘Trends’ section, which came out on a Thursday. Trends covered dating, fitness and wellness. Typical formats of the stories I wrote as a freelancer would be either me trying out a new fitness class or novelty dating event or an opinionated funny op-ed on a new trend.

The good pitches recognized the format, not the topic. So they may say: “Would you be interested in trying out X for one of your first-person pieces, a little like the one you covered last week on X.”
The bad ones look at the topic and not the format. So they might write: “Since you write about fitness, would you be interested in featuring X yoga pants for your page.” But that part of the paper didn’t do ‘reviews’. They should have studied the paper and pitched to a totally different team, who look after a totally different page, which runs on a totally different day.

Amy Wilson is a senior media researcher dealing with moves and updates from the journalism industry.