You are here: Home / Public Affairs / PLMR’s Joe Mitton gives his rundown of the Tory Conference and the...
Previous Back to all Next 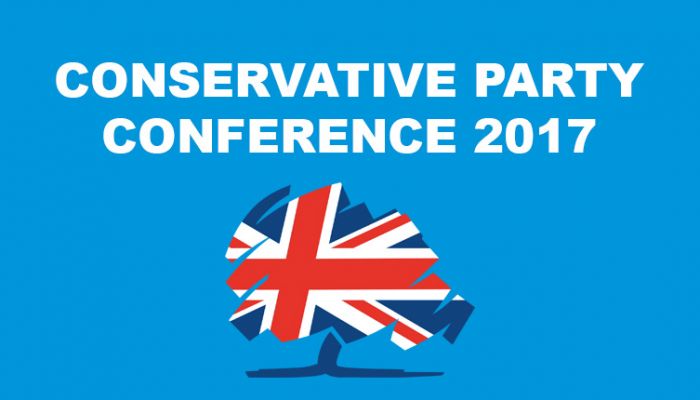 Vuelio Political Services teamed up with integrated communications agency PLMR to bring you the top news and analysis from the Conservative Party Conference 2017.

Read what Joe Mitton, Senior Consultant at PLMR, thought were the key takeaways from what was an eventful Conference.

The Conservative Party Conference in Manchester this week (1-4 October) sought to heal the divisions of the disappointing general election result for the Party, and to articulate an optimistic alternative to the unexpectedly popular vision of Jeremy Corbyn’s Labour Party.  For a party in government, it is a somewhat strange position to be in; having to construct an alternative to the Opposition’s narrative.

Many speakers, including the Chancellor Philip Hammond, focussed on the need to promote once again the benefits of a free market economy.  Hammond reminded the party faithful that most of the electorate is too young to remember the economic difficulties of the 1970s.  Other MPs made passionate cases for market-led economic growth, so it was interesting that the final speech of the conference by the Prime Minister revived her plan for a retail energy price cap.

Theresa May addressed the Conservative Party Conference in Manchester today (4 October).  While much of the more frothy commentary will focus on the croaky delivery and the rather pointless interrupting prankster, we thought it more useful to look at the policy content and the vision that the Prime Minister articulated.

May repeatedly referenced “the British Dream” – a “dream that life should be better for the next generation”.  This appears to be partly a call for social mobility, and partly an affirmation of progressive, ongoing economic growth and personal attainment.

It remains to be seen whether this vision will have much traction with voters, especially the young, who face daunting house prices and virtually non-existent real wage growth. With only passing mention to Jeremy Corbyn, the central theme in May’s speech of a “British Dream” seems designed to provide an optimistic counter-narrative to the bold promises with which Corbyn’s Labour has successfully attracted new voters.  Which of these visions prevails may well be the defining political question of the next five years in British politics.

In an effort to bring a sense of authenticity and conviction to her vision, Ms May somewhat uncharacteristically spoke about her own family background and her grandmother’s job as a domestic servant.  She also spoke of her own health issues and treatment by the NHS.  May emphasised social justice and recognised, in several anecdotes and points, that she understands that minority ethnic communities still face significant inequalities.  She said that she got into politics to address precisely these kinds of injustices.

The main new policy announcement was that the government would seek to cap household energy bills – which came as a surprise to many at the Conference who had assumed that that policy had been quietly shelved after the last general election. Energy companies came in for some quite sharp criticism in Ms May’s speech, and it seems now likely that an energy price cap of some kind will indeed be introduced this parliament, with the Opposition very unlikely to block such a popular move.

The Prime Minister also announced £2 billion more for new social housing.  This, alongside earlier announcements of a university tuition fee freeze and £10 billion in additional Help to Buy funding, is part of a broader pitch by the Conservatives’ to address the issues facing ordinary working people.

The test will be whether Ms May’s vision resonates with the public as authentic, deliverable and inspiring, or whether public life and media commentary continues to focus merely on stunts, gaffes and personality cults.

Founded in 2006, PLMR is a fully integrated communications agency with offices in London, Edinburgh, Birmingham and Cambridge. They work across all sectors, from transport and technology to education and energy, expertly offering a suite of key communications services: public affairs, PR, crisis management, media training, digital, film and design, planning communications and campaigns.