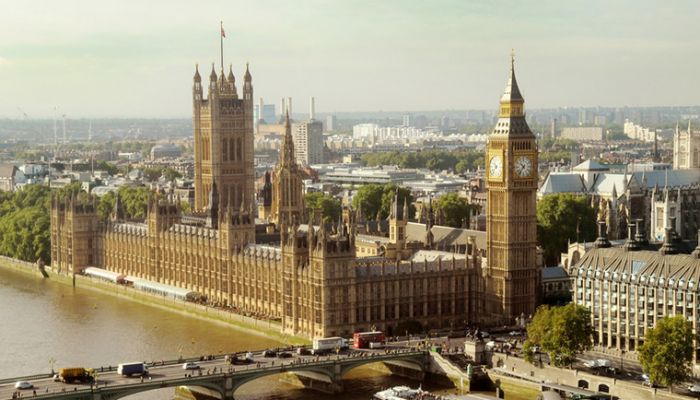 At Prime Minister’s Questions, Theresa May faced questions from MPs that largely focused on the NHS. There were also discussions on welfare and cancer treatment. We present the word cloud for Theresa May’s answers on 24 January at PMQs. 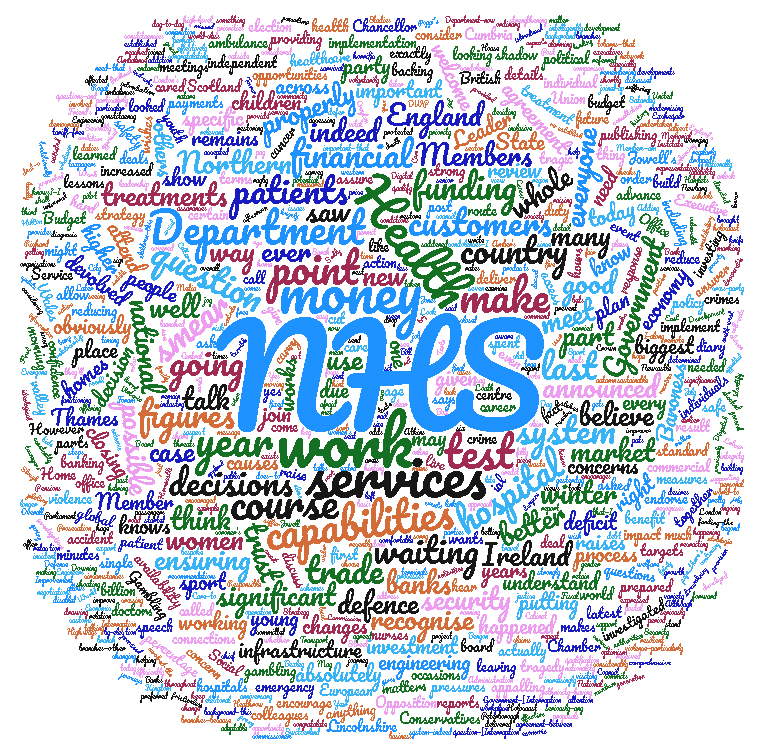 Jeremy Corbyn’s questioning of the PM focused on the NHS and whether Theresa May agreed with Boris Johnson that the NHS needed more money, May did not seem comfortable with Corbyn’s initial questions but the PM grew into the debate and handled Corbyn’s questions with some ease towards the end.

Corbyn found a reply to May, who regularly brings up the Welsh health service that is Labour run, by stating the Prime Minister is responsible for funding to the Welsh Government.

Welfare
The PM was asked about a teacher who has having to wait six weeks for universal credit and how this related to child poverty. May replied that changes have been made and advance payments are now available, but did not mention the thousands of children living in poverty.

When later asked a question on people with disabilities who have committed suicide after their payments were stopped, the PM said those that can work are encouraged to work and that work is the best route out of poverty.

Cancer Treatment
This morning Tessa Jowell spoke publicly for the first time since being diagnosed with a high-grade brain tumour in a very moving manner. The PM and Jeremy Hunt were asked whether they would meet Baroness Jowell and health experts and discuss possible improvements in cancer diagnosis and treatment.

May did not give an answer as to whether she would meet Baroness Jowell but was encouraged by the approach she had taken and sent her best wishes. May accepted more cancer drugs need to be looked at and the Health Secretary will be more than happy to meet Baroness Jowell.