You are here: Home / Public Affairs / PMQs: Theresa May’s word cloud – 29 November 2017
Previous Back to all Next

Theresa May was in the Middle East today so deputies Damien Green and Emily Thornberry faced each other at this week’s PMQs. Vuelio presents the word cloud of this week’s most talked about issues at PMQs on 29 November 2017. 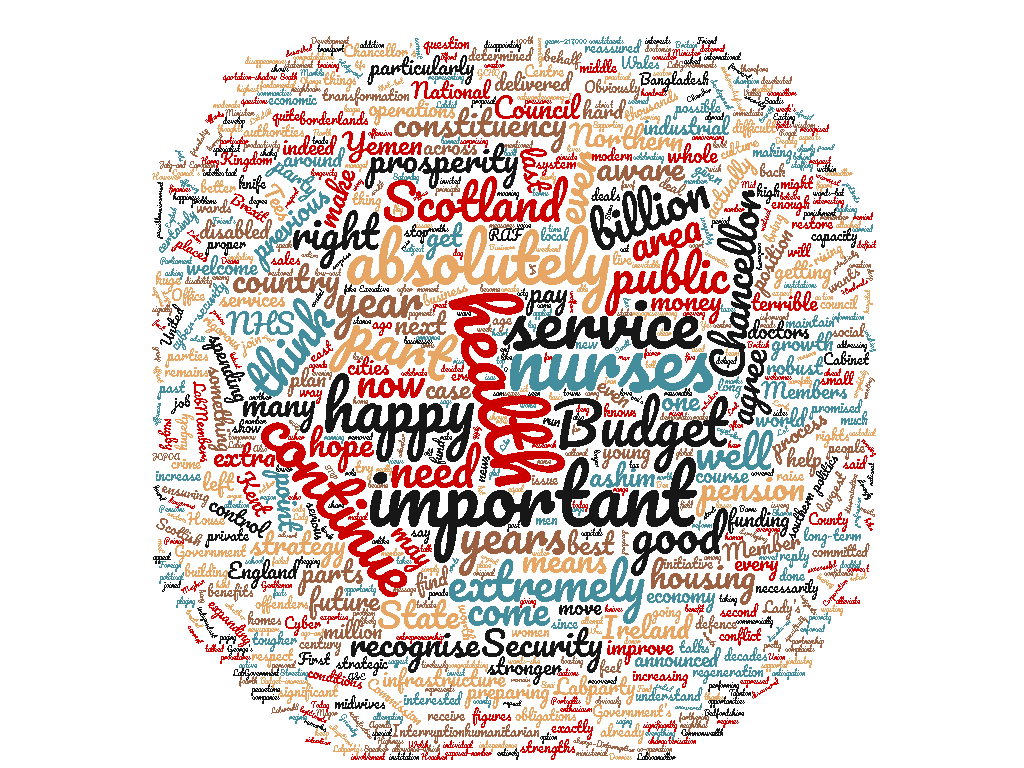 Nurses
Emily Thornberry kicked off proceedings by questioning Green on the number of nurses leaving the profession. This is the same question he had asked John Prescott when he was standing in at PMQs, allowing Thornberry to ask whether Green wanted to be held to the same standards that he expected when in opposition. Green accused Thornberry of talking down the NHS, going as far as to say that ‘last week’s Budget was not only good for the NHS, but it was good for the nursing profession’.

Industrial strategy
The Government released its long-awaited Industrial Strategy on Monday, and MPs took the opportunity to voice their opinions on where money was, or wasn’t, going to go. Green suggested that Labour MP Melanie Orr in fact sounded positive about the announcements after she questioned funding for a project in Grimsby.

Budget
Last week’s Budget was seen as something of a success for the Chancellor, and Conservative MPs were keen to discuss the impact that it would have in their constituencies during PMQs. Simon Clarke was particularly positive about investment in Teesside, although Green took criticism from Labour’s Wes Streeting, who was less than impressed by the steps taken to combat the housing shortage.

Pensions
Mahri Black, a vocal supporter of the WASPI campaign, took the opportunity to question the number of women over the age of 60 in receipt of ESA because of changes to the state pension age. Green countered her question by saying that pension age increases were necessary, and that the Scottish government could change their own policy if they wanted.

Russia
Russia is becoming an increasingly common topic at PMQs. This week, Damian Collins voiced concerns over the circulation of fake news on issues such as vaccinations, which he linked to Russia. Meanwhile another Conservative MP, Alex Chalk, asked whether the Government will build an offensive cyber security capability so it can strike back at countries like Russia. Green said that the Government was looking at both issues.