You are here: Home / Public Affairs / Political communication: when emotion trumps fact
Previous Back to all Next 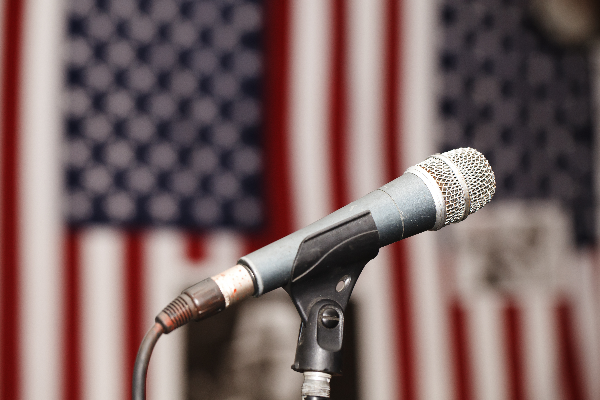 As the world comes to terms with a Trump Presidency, we come to the end of one of the most bitterly fought and divisive campaigns in recent history. In much the same way as the EU referendum, it’s been a campaign where social media played a major role on both sides: it’s also been one where emotion has trumped fact and where the polls were very, very far off the mark in predicting the outcome. How did Trump defy all odds and make it to the White House?

Trump was touted as the ‘king of Twitter’ during this campaign, something which played a huge role in getting his message out in a way his funds wouldn’t have otherwise allowed. He mastered the art of using the platform for publicity, and dominated the presidential election with an antagonistic style that journalists and public alike found hard to resist. This was a smart move from someone without the financial backing that US presidential hopefuls generally need: what he lacked in funds, he made up for in the publicity he generated through his posts.

Furthermore, by tapping into the disillusionment that voters felt towards the political establishment, Trump gave himself plenty of room to bend the truth and push the boundaries in terms of what he promised voters. He framed debate by appealing to emotion rather than details of policy: not only will he build a wall, but he’ll make Mexico pay for it. It has huge appeal to Americans who feel that their immigration concerns aren’t taken seriously but little realistic consideration of the cost or efficacy of the final result.

This isn’t a problem, because these factors don’t really matter. Peter Thiel, PayPal co-founder and Trump supporter, summed it up nicely when he said ‘’the media always is taking Trump literally. It never takes him seriously, but it always takes him literally. I think a lot of the voters who vote for Trump take Trump seriously, but not literally.”

Like Vote.Leave’s “£350 million to the NHS” claim, this election has shown us that political communication doesn’t need a factual basis if it hits the right spot emotionally. Politicians have always been dishonest: the defining factor of a successful one is that they’re trusted despite this. In the US, Edelman’s Trust Barometer shows a negative correlation between income and trust in government: the lower the income, the less trust exists. As we’ve seen this year, as the political establishment and global institutions have become less representative of lower income voters, the Trump/Farage brand of politician has stepped in to fill the void.