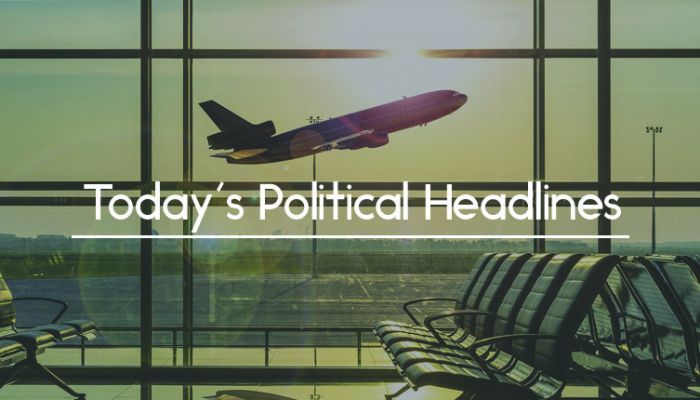 MPs vote for third runway at Heathrow
As The Times reports, last night MPs voted in favour of a third runway at Heathrow, with a majority of 296, following the imposition of a three-line whip by the Conservatives, Labour’s decision to allow a free vote and the SNP abstaining. Foreign Secretary Boris Johnson, who has opposed the proposals, missed the vote as he was in Afghanistan, drawing criticism from fellow Tories. The paper adds that various councils, Sadiq Khan and Greenpeace are launching a legal challenge to the decision.

Electoral Commission calls for ‘urgent’ reform of election law
The Guardian reports that the Electoral Commission has called for urgent reform to the law, as British democracy ‘may be under threat’. The regulator has called on the Government to change the law in order to tackle misinformation, misuse of personal data and overseas interference. Its recommendations are particularly targeted at digital campaigning.

Truss attacks calls for ‘unsustainable’ budget increases
Writing in The Daily Telegraph, the Chief Secretary to the Treasury, Liz Truss, attacks calls by fellow ministers for ‘unsustainable’ increases in their budgets, warning that this would result in the Conservatives being ‘crushed’ and would be a ‘complete contradiction of the Brexit vote’. Instead, she calls for ‘better value for money’. She also criticises colleagues for ‘talking about banning things’ and promises to review ‘over-regulated’ jobs.

BMW warns that UK plants could close if Brexit causes delays
The Financial Times reports that BMW has warned that it will have to close its plants in the UK if it cannot import components from the EU quickly and reliably. Customs manager Stephan Freismuth said ‘if at the end of the day the supply chain will have a stop at the border, then we cannot produce our products in the UK’, but added that the company didn’t ‘want to give up our UK plants’.

EU to offer better trade deal if UK relaxes red lines
The Sun claims that the EU is to call for a ‘realistic and workable’ vision for post-Brexit UK-EU relations and introduce an ‘evolution clause’ into the conclusions of the leaders’ summit later this week. The clause promises that the EU will ‘reconsider its offer on trade, in the event that the UK changes its red lines. The paper adds that French President Emmanuel Macron is set to rebuke the UK for the lack of progress in negotiations.

Hungary warns that no deal would be ‘very devastating’ for the EU
The Daily Mail has been told by the Hungarian Foreign Minister, Peter Szijjarto, that if the EU failed to reach a trade deal with the UK, its competitiveness would ‘further decrease’ and a ‘very devastating’ situation would result. He also criticised attempts to exclude the UK from participating in joint security projects.

Government rejects tidal lagoon plans
The Guardian reports that the Government has rejected plans for a £1.3bn tidal lagoon in Swansea Bay because it judged the scheme to be too expensive when compared to other energy sources such as offshore wind and nuclear power. Government analysis suggested that supporting the lagoon would have cost the average consumer £700 more by 2050.