Sunday’s political programming featured Jeremy Hunt, Liam Fox, Nia Griffith and Dan Jarvis with everything from health to defence on the table – and the usual helping of Brexit.

Jeremy Hunt was the most high-profile guest across the political shows this weekend. He was asked about the announcement last week on the additional funding for the NHS; Marr pressed Hunt on where the money will come from. Marr said Jeremy Corbyn would not be able to not say how he would fund such a proposal, which is what the Government is currently doing. Hunt said it will be announced in the Budget in November.

Over the weekend an announcement was made by the Department of Health and Social Care on the second part of the Childhood Obesity plan. Hunt spoke on the progress that has been made on this. He said the Government has introduced the soft drinks levy and they are committed to halving childhood obesity by 2030. Hunt said the big chains will have to give people nutritional information but was hesitant to say all vendors would have to do this.

Hunt was asked questions on Brexit and he condemned the threats that businesses make surrounding Brexit. The Health Secretary said it was inappropriate for such a story to be in the news at such a crucial stage of the Brexit process. He said these warnings undermine the Prime Minister and impact the odds of the UK getting a good deal, and that he is not surprised that large multinational companies have a problem with Brexit. Hunt also gave his analysis on the stance of the European Commission: they were never going to say it was easy or make it easy for Britain to go through this process and this is part of their negotiating tactics. Hunt also poured cold water on some of the doom and gloom analysis, saying a lot of experts have been proved wrong in the past with their forecasts.

Secretary of State for International Trade, Liam Fox was interviewed by Sophy Ridge and said he does not mind waiting a bit longer to minimise disruption and get things done correctly. Fox also said that Europe is not the centre of the world and the UK is doing less trade with the EU than 10 years ago. The Trade Secretary said it was a possibility for the UK to walk away from the negotiations if politics are put before economics. He signalled he does not think this will happen as the Heads of State will put their own economies before the EU. Fox also signalled that he is open to changes to rules in the House of Commons after Naz Shah had to leave hospital and vote in a wheelchair for the vote on the Brexit bill.

Shadow Secretary of State for Defence, Nia Griffith represented the Labour party on Marr, and she was asked whether it was her or Jeremy Corbyn who oversees the party’s policy on defence. Marr pointed towards Corbyn being very critical of NATO and whether Labour were committed to it. Griffith answered by saying they are and they want to take a leadership role within NATO so they can shape the way it works. She also took questions on the amount of spending Labour would commit to defence spending; Griffith said they will match the Government’s spending plans for defence but did not commit any further spending.

Mayor of Sheffield and MP, Dan Jarvis, was another guest on Ridge. He thinks the North has not been treated the same way the South would be, using the example of funding for transport. He also gave an insight into his role as Mayor, saying they do not currently have a budget or an agreement on the powers he has. He said this is a problem, it is down to not being able to come to an agreement in the region and Jarvis said for Devolution to work, an agreement needs to be reached. He was also asked why there were not more women working in politics; Sophy Ridge said men have taken up the leadership roles in the city regions and perhaps if this is about taking power away from Westminster surely it would make sense to diversify it more. Jarvis said from his experience women are good at working in politics and he thinks more women don’t get involved due to the perceptions of what working in politics is like and they get more abuse than their male colleagues. 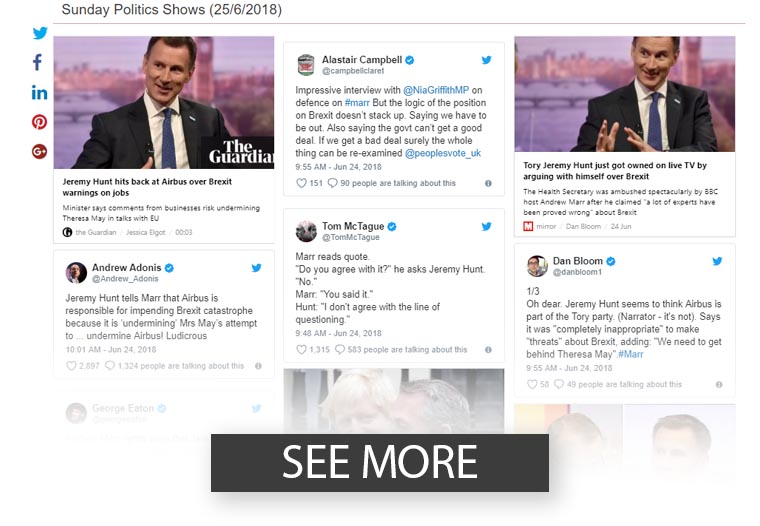