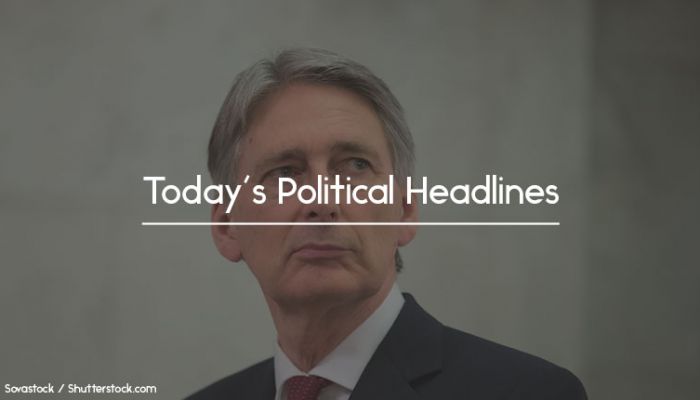 Ministers to disrupt Johnson by resigning
The Guardian claims that Boris Johnson’s entry into Downing Street is to be disrupted by ‘carefully timed resignations’ by senior ministers. Philip Hammond and David Gauke have confirmed that they will be stepping down on Wednesday, with others, such as Rory Stewart, potentially following. Hammond told The Andrew Marr show at the weekend that ‘I’m sure I’m not going to be sacked, because I’m going to resign before we get to that point’.

Johnson calls on UK to rediscover ‘sense of mission’
Writing in The Daily Telegraph Boris Johnson says that the UK can leave the EU with a deal by 31 October be rediscovering its ‘sense of mission’, saying that if man could get to the moon fifty years ago ‘we certainly have the technology’ to tackle the Irish border issue, claiming that checks could be conducted away from the border.

Corbyn support amongst Labour members falls
A poll by YouGov for The Times finds that Jeremy Corbyn’s popularity with Labour members has fallen by 24 points since March last year, with 43% of members now saying that is doing a bad job. Over half are dissatisfied with how he has handled Brexit, while one in four want him to quit immediately. The Guardian reports that Corbyn has launched an educational webpage to help tackle antisemitism in the party.

Over 770,000 denied state support since Government promised action on social care
The Daily Mail claims that over 770,000 elderly people have been denied state support since the Government promised to reform the social care system in March 2017, with 66,684 people dying while waiting for care over the period according to NHS Digital figures, analysed by Age UK, which called for ‘certainty and stability’.

Defence minister says navy is too small after Iran seizes tanker
The Times says that defence minister Tobias Ellwood has admitted that the Royal Navy is ‘too small’ to fulfil a global role, following the seizure by the Iranians of the British tanker Stena Impero in the Gulf despite warnings from HMS Montrose. He said that continuing to play ‘an influential role’ internationally would ‘require further funding’.

Duncan Smith holds out for senior Cabinet role as Johnson considers demoting Hunt
According to The Sun, Iain Duncan Smith has told friends he wouldn’t accept a role as party chairman under Boris Johnson as he wants a more senior role. The paper also says that Johnson’s allies believe he will sack Jeremy Hunt as Foreign Secretary if he wins the leadership by a large number, having become infuriated by Hunt’s personal attacks, and will give him a more junior role such as Business Secretary.

Government considers carbon charge on air tickets
The Times claims that the Government is considering adding a carbon charge to the price of air tickets automatically, on an ‘opt-out’ basis, with the possibility of extending this to trains, buses and ferries. This would increase the cost of a London to New York flight by just under £30, and to Madrid by about £5.

MPs call for time limit on prosecution of soldiers
The Guardian carries details of a House of Commons Defence Committee report which recommends the introduction of a 10-year ‘qualified statute of limitations’ to protect military veterans and soldiers from prosecution, and suggest that the Human Rights Act could be amended to provide further protection.