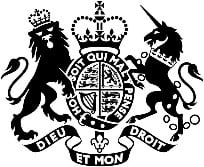 The Medicines and Healthcare products Regulatory Agency (MHRA) is welcoming two directors:
• Graeme Tunbridge has been appointed interim Director of Devices.
• Dr Sarah Branch has been appointed interim Director of Vigilance and Risk Management of Medicines (VRMM).
Joanne Freeman has been appointed the role of British Consul General to Queensland and Northern Territory.
Mr Neil Crompton has been appointed Her Majesty’s Ambassador to the Kingdom of Saudi Arabia in succession to Mr Simon Collis CMG.
The Secretary of State has today announced the reappointments of members to the Northern Ireland Council for the Curriculum, Examinations and Assessment (CCEA):
• Carol Fitzsimons MBE (originally appointed on 5 December 2016), Kathleen O’Hare, and Leslie Caul OBE (both originally appointed on 26 October 2015) have been reappointed for a further term of four years.

Mel Stride was elected as Chair of the Treasury Committee.

Jamie Stone replaced Christine Jardine as a member of the Scottish Affairs Committee.

Kate Green discharged as a member of the European Scrutiny Committee.

Lord Woolley of  Woodford appointed as a Crossbench life peer.

Lord Mann has been appointed as a Non-affiliated Life peer.

Leader of the Liberal Democrats Jo Swinson has announced an expanded Shadow Cabinet:

This week, the European Parliament is in plenary session in Strasbourg.