You are here: Home / Government / Politics on Sunday – 11 December 2017
Previous Back to all Next

It’s been another busy week in politics, with the first phase of the Brexit deal squared off after last minute negotiations. Brexit secretary David Davis and his counterpart Kier Starmer both appeared on the Andrew Marr show, with Davis saying that he would be seeking an ‘overarching trade deal’ that he described as a ‘Canada plus plus plus’ model.

In the wake of Donald Trump’s intervention in Jerusalem, the Israeli ambassador to the UK, Mark Regev, appeared on Paterson, arguing that it was a ‘just decision’ that would bring peace to the region.

Meanwhile Shadow Attorney General Shami Chakrabarti told Paterson she was ‘disappointed’ with Defence Secretary Gavin Williamson, who said in an interview with the Daily Mail that anyone who fought with the so-called Islamic State should be killed.

Check out our dedicated Canvas of political coverage by clicking here or on the image below. Want to make your own canvas? Learn more. 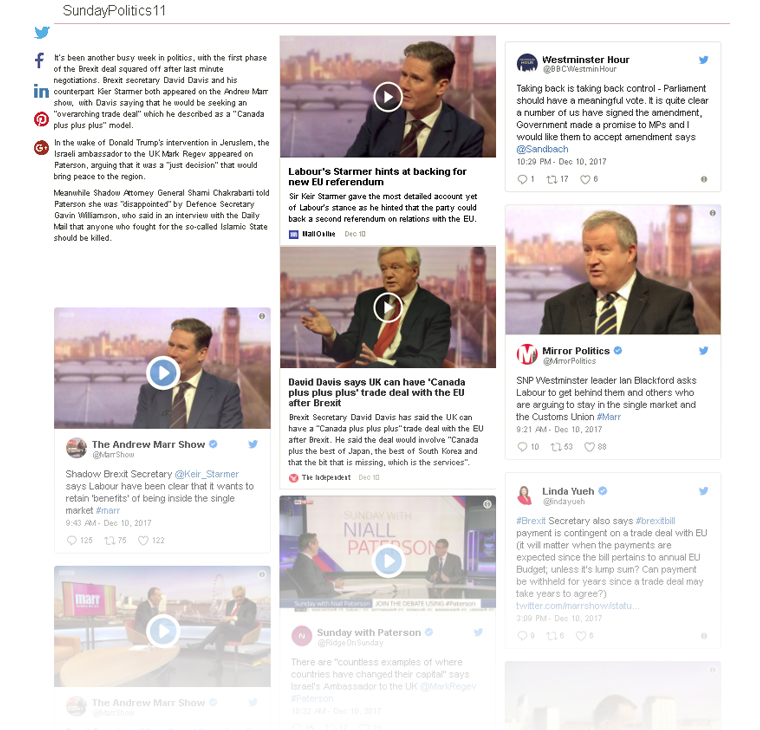