You are here: Home / Government / Politics on Sunday – 17 December 2017
Previous Back to all Next

Did you miss the political coverage from Sunday’s political programmes and news?

After last week’s dramatic vote on Brexit, attention has turned to Labour’s vision of post-Brexit Britain. Corbyn has stayed relatively quiet on this front recently, capitalising on divisions in the Tory party and largely letting them unravel themselves.

But on Sunday, Diane Abbott, Tom Watson and Richard Burgon all appeared to back different approaches – Abbott claiming that Labour doesn’t support a second referendum, Watson ruling nothing out and Burgon saying the party could see a role for the European Court of Justice after the Brexit transition period.

Check out the dedicated Canvas of political coverage by clicking here or on the image below. Want to make your own canvas? Find out how. 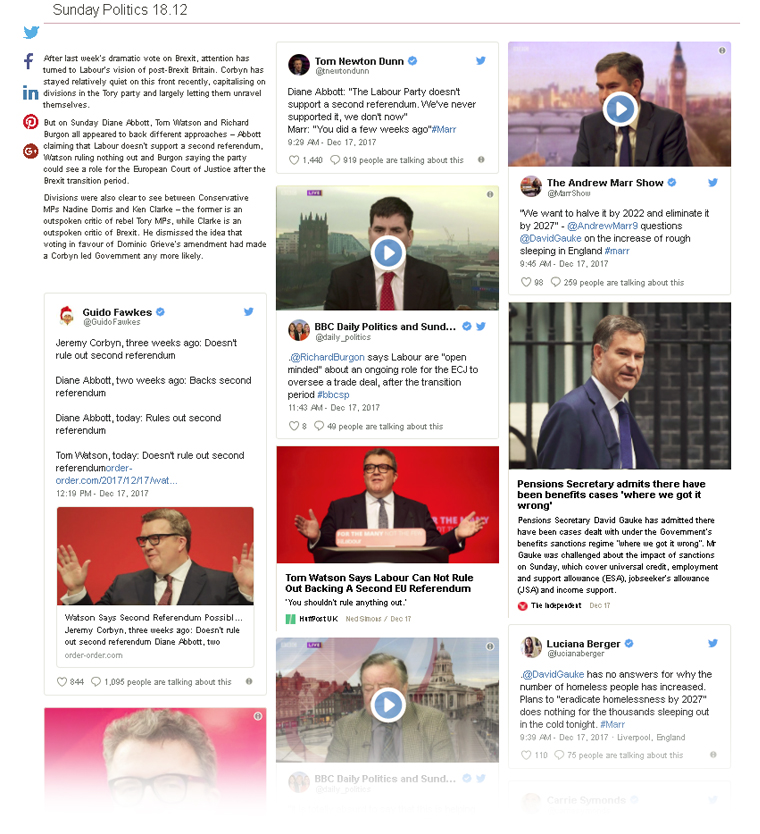