You are here: Home / Government / Politics on Sunday – 19 November 2017
Previous Back to all Next

Sunday’s political shows were dominated by two things: the Budget and Brexit. Phillip Hammond appeared on both the Andrew Marr show and Peston on Sunday to lay the groundwork for Wednesday’s announcements, however he managed to dominate headlines after claiming that ‘there are no unemployed people’. Meanwhile Shadow Chancellor John McDonnell was forced to defend Labour’s nationalisation plans on the Marr show, failing to give a figure when pressed on how much they would cost.

On BBC’s Sunday Politics, Jacob Rees-Mogg made an appearance to defend the UK’s negotiating position in the Brexit talks, and to present his ‘alternative budget’ for the Chancellor. Brexit sceptic Conservative MP Dominic Grieve, who was labelled a ‘mutineer’ this week, discussed his efforts to improve the EU Withdrawal Bill, with John Pienaar, and suggested that some of his colleagues in the Conservative party may have become ‘unhinged’ in the fervour of Brexit. 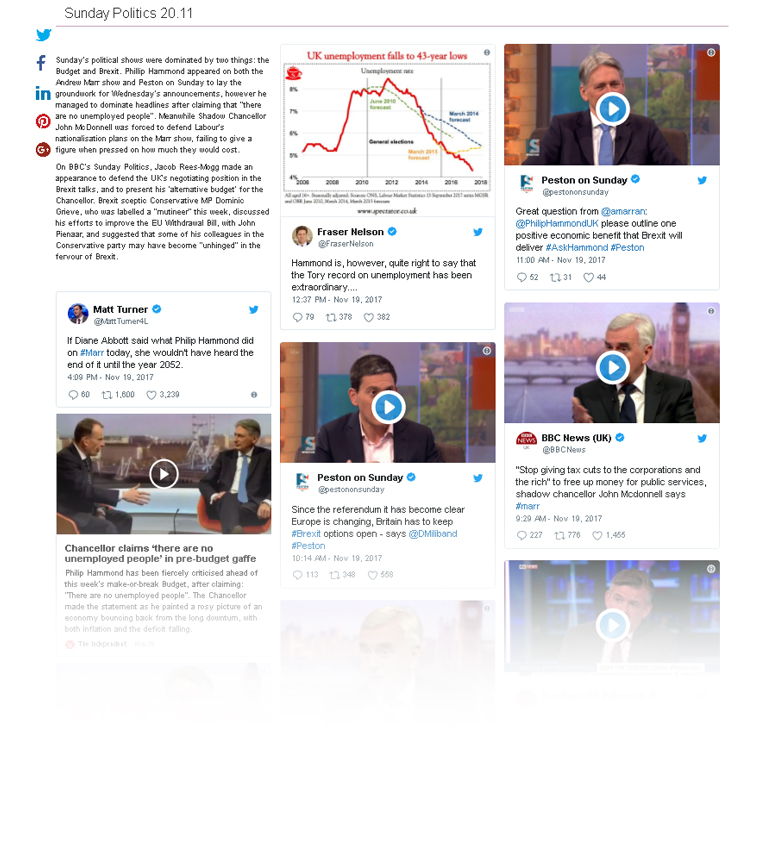