You are here: Home / Government / Politics on Sunday -26 November 2017
Previous Back to all Next

The Irish border dispute took centre stage this week, with International Trade Secretary Liam Fox stoking flames by declaring that there would be no ”final answer” on the issue until trade talks with the EU began. John McDonnell used Peston’s own book – which advocates investment to stimulate growth – to defend Labou’s economic approach when he was pushed to put a figure on their borrowing plans by the host. Archbishop of Canterbury Justin Welby also appeared on Peston, arguing that the level of food bank use in the UK shows an unacceptable level of in-work poverty, and conceding that the Church, as a landowner, had to do more to tackle the housing crisis. Archbishop of York John Sentamu appeared on the Andrew Marr show to put his dog collar back on –  ten years after removing it in protest over Mugabe’s rule. 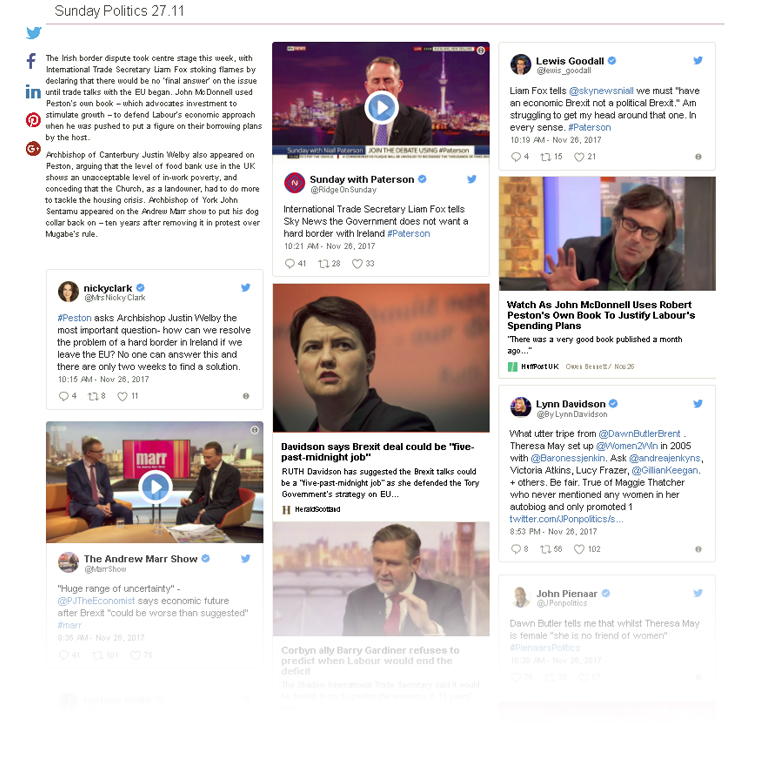