You are here: Home / PR / PRWeek Awards 2017: all you need to know
Previous Back to all Next 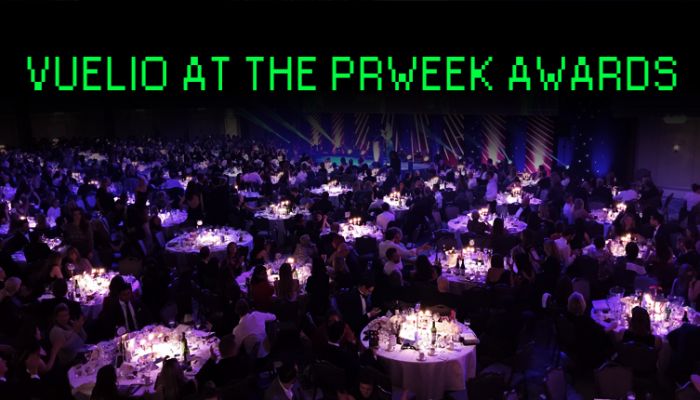 The PRWeek Awards celebrated its 30th anniversary last night in true 80s’ style. Vuelio were delighted to partner this historic event and celebrate alongside 1,000 guests and 33 winners.

PRWeek’s editor Danny Rogers then introduced the evening’s event, explaining how the nature of PR has changed as we’ve entered the age of stakeholder marketing. He then introduced a very special presentation.

Roger Daltrey, lead singer of The Who, took everyone by surprise when he arrived to induct his friend and colleague Alan Edwards into PR Week’s Hall of Fame. Edwards is the founder and chairman of Outside Organisation, and has over 40 years’ experience working with the likes of The Rolling Stones, Prince and David Bowie.

Edwards’ was the first of many awards on the night, which were presented by Katherine Ryan. The Canadian comedian kept the audience entertained with a hilarious routine, outrageous comments and the occasional sing song.

The biggest prizes on the night, two Gold Awards for Consultancy of the Year and In-House Team of the Year, were won by Weber Shandwick and English Heritage respectively. There’s also a special mention for Iris, who won the Vuelio-sponsored Best Influencer Marketing Campaign award for its Adidas Glitch launch.

Social media was ablaze throughout the evening, with #PRWeekAwards quickly shooting to the top of Twitter’s trending topics in the UK, such was the reach of a room of the best PR professionals in the business. We’ve gathered the our favourite posts from across all forms of social media and online stories to make a dedicated Vuelio Canvas, the simple tool that easily tells your PR story. 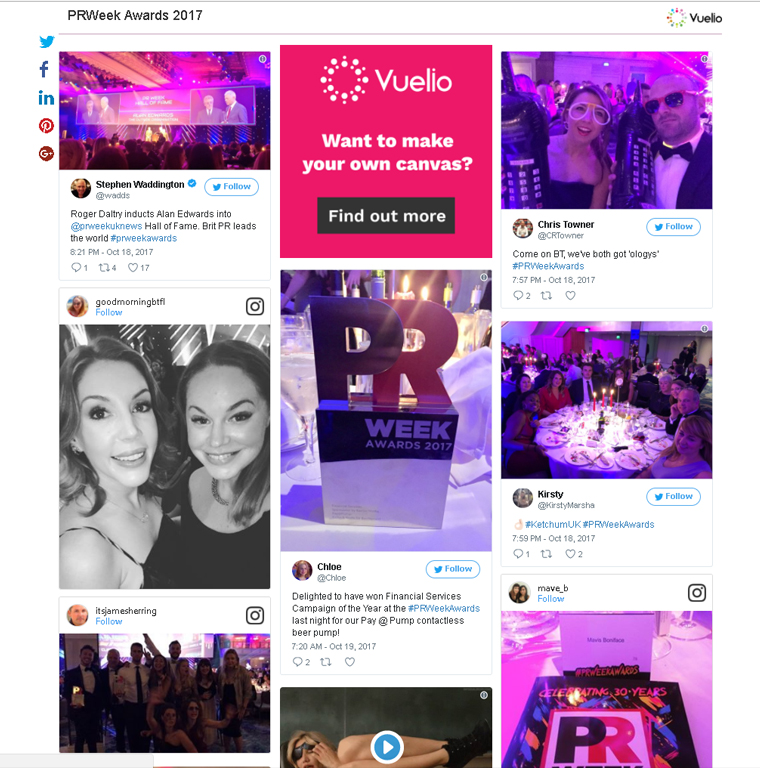