You are here: Home / PR Pulse / Shortlist Media rebrands as the Stylist Group
Previous Back to all Next 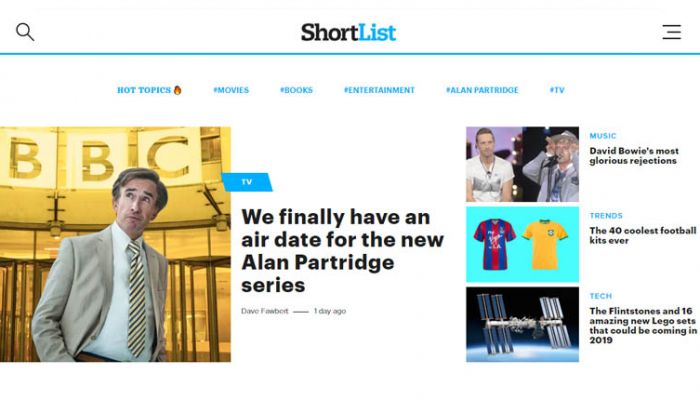 Shortlist Media has rebranded as the Stylist Group following the closure of Shortlist magazine at the end of last year. Stylist will continue to be published, while the Shortlist website will live on as a ‘product recommender’.

After 552 issues and 11 years, Shortlist magazine released its final issue on 20 December 2018. Signing off with, ‘Bye, then’, Shortlist staff photos and names were displayed on the final page, marking its end with a short, sharp farewell.

A Shortlist writer told the Press Gazette that staff had been ‘under the impression that the magazine was essentially bulletproof’ before it closed.

Joe Mackertich, editor of the title, explained the appeal of a print product like Shortlist: ‘Magazines, with their beginnings, middles and ends, are a soothing counter agent to the internet’s infinite hall of shrieking mirrors.

‘A good publication flatters you with grown-up language and smart references. The amount of thought, care and attention that went into Shortlist was testament to the respect we had for you.

‘This counts for a lot in a world in which we’re all constantly subjected to a horrifying torrent of hyperbolic, dumb-by-design headlines.’

Shortlist is, for now, still publishing news online with a regular output of stories. It has followed a similar path to The Independent – the first national newspaper to become digital-only.

The benefits of digital publications have been known to PRs for years, though there is still a strong desire at both an agency and in-house level for the prestige of a printed product.  While print is by no means dead, the rise of digital – often at the detriment of printed publications – continues.

All the latest moves and changes in the media are updated in the Vuelio Media Database.