You are here: Home / journalism / Social journalism study: reaction
Previous Back to all Next 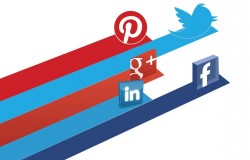 ‘How do journalists use social media?’ is a question asked in Cision’s and Canterbury Christ Church University’s Social Journalism Study, the UK part of a global study; the answers were discussed across the internet and in some respects across the globe.

The most popular point picked up on was that nearly a third (28%) of journalists couldn’t do their job without social media. This was coupled with the fact 80% of journalists use Twitter. These two figures show a growing reliance on internet tools for the modern media professional.

The Press Gazette, The Drum, The Wall and others discuss the negative aspects social media is having on journalists including concerns over privacy, a reduction in productivity and the effect it is having on their audiences.

Other coverage, including the Media Digest and Media Bistro focus on the positive aspects social media tools have and how they are helping journalists. Media Bistro, along with Sociable360, highlights Twitter’s own best practises guide for journalists and links it to our study.

The infographic that accompanies the study and identifies the five different types of social media journalists (Architects, Observers, Hunters, Promoters and Sceptics) was the most common representation of the study on the internet.  The Think Tank, PRmoment and Graham Jones all use the infographic which provides a story in itself.

As world news, the study was picked up in Brazil, Italy and Indonesia, the latter comparing it to a study by the Press Council of Indonesia.

Another source of international reportage was America – the MediaPost running a discussion with the headline: ‘U.K. Journos on Social Media: Meh’, identifying sceptical attitudes some journalists have towards social media. MediaJobsDaily went with the idea that journalists ‘can’t live without social media’.

Individual results are picked out of the study: CorpComms looks at the professional and personal split of journalists’ social media use; Dimitrios Journeys covers the different types of journalists that appear in the infographic; and Journalism.co.uk focuses on productivity.

Through its use as a launch point for a conversation about the civil service and social media, a lead into rules of social media engagement, PR news and part of a business news roundup, it is clear the Social Journalism Study 2012 has a varied and far-reaching audience with relevant information for many different sectors and professionals.