You are here: Home / Q&A / Speedy Spotlight: Stephen Carty’s Flix Capacitor
Previous Back to all Next

An interview with Stephen Carty, freelance film critic, broadcaster and author of film blog Flix Capacitor. Stephen spoke to us about being concise, the importance of reading blogs, and causing a stir with an Iron Man 3 review. 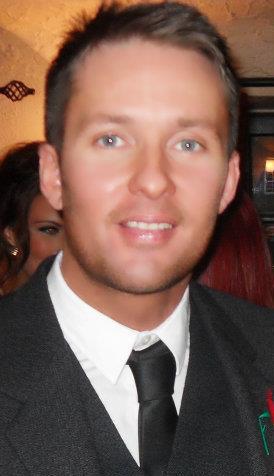 Why should people read your blog?
There are so many film and TV blogs that it’s tough to know which ones are worth reading. Flix Capacitor, however, offers reviews that are concise and insightful, which is something of a rarity. In addition, Flix Capacitor also offers seasonal reviews of TV shows, which are far less common online than you might think.

What’s your favourite blog and why?
Dan’s Media Digest. It’s an excellent film and TV blog, and the reviews provide far more insight and sharp observations than the vast majority of popular websites. If you like film and TV it’s definitely worth checking out.

What advice would you give to someone who wants to start a blog?
Read as many ‘good’ blogs and websites as you can. You must find your own voice and style, but reading good writing is the best way to learn and improve.

How does a good PR work with you?
The best way a PR can help is by offering preview screener discs (so the film or TV show can be viewed and reviewed prior to release), access to online screeners, or access to physical screenings.

What do PRs do that’s bad?
Saying that they’ll add you to their list of contacts (so you will receive emails about screenings) and then not doing so. It’s absolutely infuriating when you miss a screening or hear from a fellow critic that they got a screening invite and you were left off the email list for no good reason. Some companies are really bad for this, and at times you have to ask two or three times to make sure you are on the list.

What was your blogging highlight of 2013?
Interviewing film critic Mark Kermode. He’s a legend and someone I look up to hugely. Getting a 700% spike in traffic after posting a negative review of Iron Man 3 wasn’t bad either, although all the email threats and insulting comments that came with it were pretty annoying.

What will be big in your blogosphere in 2014?
Covering both the Glasgow Film Festival and the Edinburgh Film Festival, so hopefully I’ll get to interview some interesting talent at both events.

Editorial information on Stephen Carty, Flix Capacitor and thousands of other media contacts and outlets, can be found in the CisionPoint Media Database.

Speedy Spotlight: I Am Fabulicious

Toward Social Business with Philip Sheldrake