You are here: Home / PR Pulse / The Guardian to relaunch in tabloid format
Previous Back to all Next 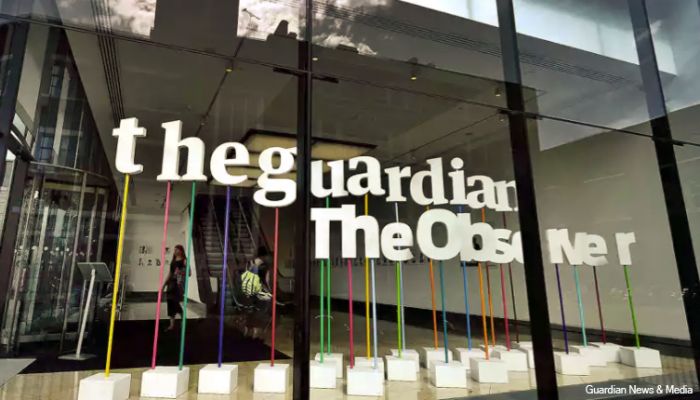 Katharine Viner, editor-in-chief of Guardian News and Media, has revealed that the Guardian will be relaunched next year in tabloid format. Viner was speaking to Amol Rajan on BBC Radio 4’s The Media Show.

From 15 January, the paper will be ‘reinvented’ in the new tabloid format, and also printed in a new location – both changes will help the Guardian to ‘save a lot of money’.

Rajan pointed out that the Independent went tabloid 14 years ago and asked why it has taken the Guardian so long to follow suit. Viner explained that the change is to suit the ‘moment’, and that, as a publishing organisation, they needed to decide what print is for in a digital era. Viner believes being able to adapt and present something more ‘visual’ and ‘keepable’ is what will keep the Guardian relevant.

Media watchers will note that while the Independent did switch to tabloid format in 2003, the paper is now digital-only – unable to sustain a print product in this ‘moment’.

There is better news from other print publishers though, the i paper (which was sold by the Independent’s Evgeny Levedev in 2016 to Johnston Press) is now reporting profits of £1m a month. This is a much lighter paper though, and in more competition with the likes of The Evening Standard and Metro than the traditional broadsheets.

Viner refused to be pushed by Rajan on what would be ‘removed’ from the paper when it reduces in size explaining it will still include the ‘long read’ that it currently publishes, and the same amount of journalism.

Viner revealed the exclusive while discussing the split between the print and digital audiences at the Guardian. While 50% of revenues still come from print, the digital revenues are rising and Viner expects them to eventually take over the print revenues.

This may not be enough, as Viner discussed the collapsing ad revenue model and she agreed that Google and Facebook were too powerful and dominant – leaving no room for anyone else. This is particularly concerning when a majority of your audience is reading online, which is perhaps why Viner said there would be ‘no harm’ in a CMA investigation into the tech giants.

Since you’re here …
… we have a small favour to ask. The Vuelio Media Database lists a wealth of journalists, bloggers, influencers and media titles, please check it out.