You are here: Home / PR Club / The Huffington Post Declares War on Donald Trump – Could This Be a PR W...
Previous Back to all Next 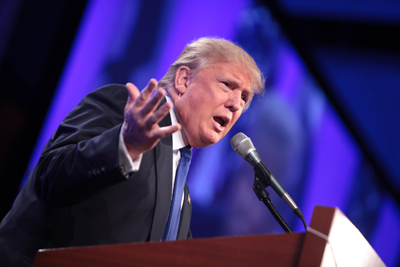 The Huffington Post has declared war on presidential hopeful Donald Trump following his recent comments about restricting access to the US based on religion. Prior to his comments, The Huffington Post featured coverage of Trump’s presidential campaign in the entertainment section of its website. They now vow to abandon any journalistic impartiality and call Trump out as they see fit.

In an article entitled A Note on Trump: We Are No Longer Entertained, Arianna Huffington states: “So if Trump’s words and actions are racist, we’ll call them racist. If they’re sexist, we’ll call them sexist. We won’t shrink from the truth or be distracted by the showmanship.”

Trump’s reaction to this (and other statements of outrage) was typical: “I don’t care!”

Here’s the thing – in an age where social media allows celebrities and public figures like Trump to bypass the media and reach a massive audience (@realdonaldtrump currently has 5.14 million followers on Twitter) will the Huffington Post’s coverage (no matter how negative) simply feed Trump’s output?

Trump (who hosts the US version of the TV show The Apprentice) need look no further than former UK Apprentice “star” Katie Hopkins to know that entire careers can be built on the back of negative press. And we should never forget, there are many people who agree (or will be swayed to agree) with Donald Trump no matter how much scorn the press throws at him.