You are here: Home / Blog Posts / This week in PR
Previous Back to all Next

Cision announces ‘This week in PR’ a look at all the big stories in public relations as reported by the UK media over the past seven days. The weekly post will include a round-up of news, pitch reviews and account wins. To have your PR news featured, please email me at [email protected]. 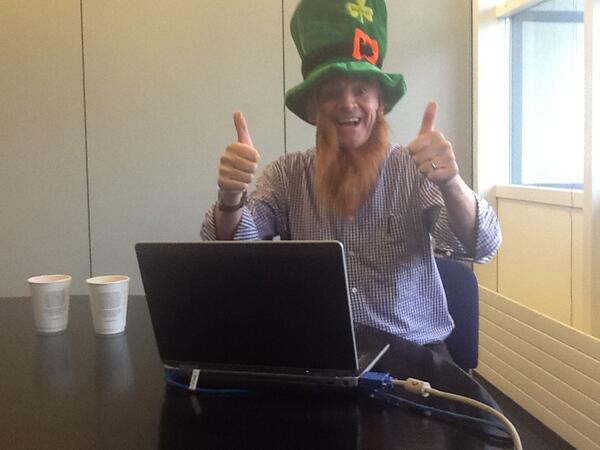 Another classy PR stunt by Ryanair boss Michael O’Leary by @Lizzy­Parr_1 via Mail Online
‘In yet another classy PR stunt Ryanair boss Michael O’Leary has launched the airline’s new charity calendar by parading a line of half-dressed air hostesses through London. The gimmick came just days after the company’s boss was bombarded on Twitter after agreeing to host a question-and-answer session from customers.
During the Twitter session the airline’s flamboyant chief executive apologised for his firm’s ‘over-abrupt culture’ and vowed to improve their image.
The stunts are part of a drive to improve the public image of the airline, which was recently voted bottom of a 100-long list of brands by Which? readers.’

#AskHarry becomes PR disaster after Twitter sabotage of Q&A by @ConnorArmstrong via HITC Tech
‘Queens Park Rangers’ planned Q&A with manager Harry Redknapp, former boss of Tottenham, West Ham and Southampton, was sabotaged by Twitter users on Thursday afternoon.
It was meant to be a chance for QPR fans to engage with their manager. It was meant to be the communications team showcasing their awareness of the power of social media. It was meant to be Harry’s chance to get his message across.
Unfortunately for Redknapp and QPR’s communications team, their #AskHarry feature on social networking site Twitter descended into chaos as supporters of numerous football clubs hijacked the trend and tweeted provocative material, both abusive and mocking of the former Tottenham Hotspur boss.’

PRWeek Awards 2013: The roll call of winners via PRWeek
‘Virgin Trains and Fishburn Hedges’ successful campaign to save the brand’s rail franchise has won Campaign of the Year at the PRWeek Awards 2013. Baroness (Lucy) Neville-Rolfe received the Lifetime Achievement Award; GolinHarris was named Consultancy of the Year; O2/Telefonica UK, the In-House Team of the Year; and Weber Shandwick was named International Consultancy of the Year.’
Click the link for the the full list of winners.’

Disney calls review of EMEA media business by @MaisieMcCabe via MediaWeek
‘The Walt Disney Company has called a review of its EMEA media planning and buying account, currently held by Carat. The pitch is part of a strategic review of Disney’s media agencies and is in its early stages. Carat won the consolidated Disney account in 2010 after a closed pitch against ZenithOptimedia.
In 2008, Disney split its account, then estimated to be worth £120 million, between Carat and ZenithOptimedia after a pan-European pitch.’

Berg takes on Havas PR via Manchester Evening News
‘Manchester communications agency Havas PR has bolstered its client portfolio with the appointment of commercial law firm Berg. Havas PR will be assisting Berg with raising awareness of the mis-selling issue, which has affected hundreds of businesses throughout the UK. The account will be serviced out of Havas PR’s Manchester office and will be headed up by associate director, Jonathan Welsh.’

Ideal Home Show turns to Frank PR after Stuart Higgins split by @DanFareyJones via PRWeek
‘Frank PR has landed the Ideal Home Show 2014 as part of a review following the end of the organiser’s long relationship with Stuart Higgins Communications. Media 10 used Stuart Higgins Communications to promote the show from the time it acquired the exhibition from the Daily Mail group in 2009 up until this year’s event.
However, client and agency parted company this summer with both sides putting the split down to changed priorities for the agency following its integration into the sports division of Chime Communications.’