You are here: Home / Politics / Three-tier system of local Covid alert levels approved by MPs
Previous Back to all Next 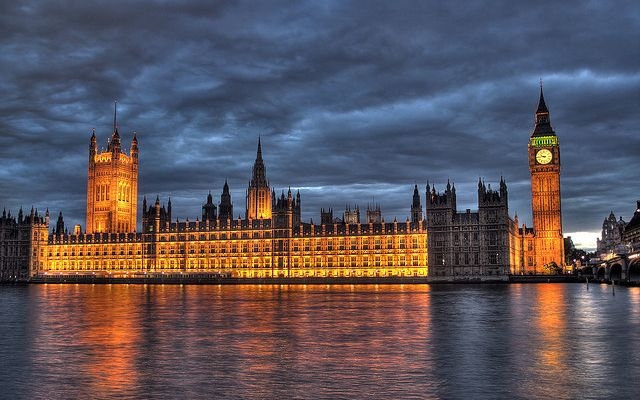 Vuelio has produced a summary of recent announcements following the launch of the Government’s latest scheme to reduce the rate of coronavirus infection, and a new package of economic support for businesses and employees in the most affected areas.

Prime Minister Boris Johnson has launched the Government’s latest approach to tackling the coronavirus pandemic, as a second wave is now spreading across the country, and with daily case numbers, hospital admissions and Covid deaths all rising. The measures have been voted through by MPs as part of a series of Statutory Instruments which were passed by 299 votes to 82.

We have produced an FAQ list which we hope is helpful.

What are the three tiers?
The medium alert level will cover most of the country and consists of the current national measures, which came into force on 25 September.

These principally include the existing ‘Rule of Six’ and the closure of hospitality venues at 10pm.

The high alert level will reflect many current local interventions, but there will now be consistency across England, with Scotland, Wales expected to introduce similar or even tougher measures shortly. Northern Ireland announced a package of measures today which amount to a two-week circuit break to overlap with school half term holiday that has been extended to 2nd November. The closure of pubs, bars and restaurants will commence on the evening of Friday 16th October.

This high alert level primarily aims to reduce household to household transmission by preventing all mixing between households or support bubbles indoors. The Rule of Six will apply in outdoor spaces, including private gardens.

Most areas which are already subject to local restrictions will automatically move into the high alert level.

The very high alert level will apply where transmission rates are causing the greatest concern, based on an assessment of all the available data and the local situation.

This includes the number of cases, including amongst older and more at-risk age groups, as well as the growth rate, hospital admissions and other factors.

In these areas, the Government will set a baseline of prohibiting social mixing indoors and in private gardens, with the Rule of Six allowed in open public spaces like parks and beaches. Pubs and bars must close and can only remain open where they operate as if they were a restaurant – which means serving substantial meals and they may only serve alcohol as part of such a meal.

People will be advised not to travel in and out of these ‘very high’ areas.

BBC News reports that Essex County Council has requested a move from medium to high in a bid to get on top of the infection there. There are also reports that Greater Manchester and Lancashire could move into the very high category. The Independent reports that the Mayor of London could move London from medium risk to high risk ‘within days’ because the virus is spreading rapidly across the city again.

How can I find out the level for my local council area?
A postcode search on the Gov.uk website will update people on how the measures are affecting their local authority.

What support has been offered for businesses forced to close?
Chancellor Rishi Sunak has announced an expansion of the Job Support Scheme to assist businesses forced to close because of the new restrictions. The key aspects of the scheme are that the Government will pay two thirds of employees’ salaries to protect jobs over the coming months up to a maximum of £2,100 per month.

Cash grants for businesses required to close in local lockdowns are being increased to up to £3,000 per month as well.

Rishi Sunak has said:
‘Throughout the crisis the driving force of our economic policy has not changed. I have always said that we will do whatever is necessary to protect jobs and livelihoods as the situation evolves. The expansion of the Job Support Scheme will provide a safety net for businesses across the UK who are required to temporarily close their doors, giving them the right support at the right time.

What was Labour’s response to the three tier system?
Keir Starmer has publicly supported the Government’s introduction of tighter measures, though the party abstained in the vote to introduce them, which passed by 299 votes to 82.

The Labour leader has instead proposed a tougher approach, noting that more people are currently in hospital with coronavirus than there were in March when the UK entered its original lockdown and that the number of Covid cases in the UK has ‘quadrupled in the last three weeks’. He cautioned that the Government has ‘lost control of the virus’ given it is rising in all regions and noted that the Government is ‘no longer following scientific advice’.

Keir Starmer proposed a ‘circuit breaker’ for a short period of two to three weeks, coinciding with school half term holiday at the end of October, with the aim of bringing the rate of infection down.

Whilst there is an increasing likelihood that tougher measures will need to be introduced if the three tiered system doesn’t reduce the spread of the virus, the initial response to this call from Keir Starmer was not supportive, with a senior Government source calling the Labour leader ‘a shameless opportunist playing political games in the middle of a global pandemic’.