You are here: Home / PR / Tis the season to take on John Lewis
Previous Back to all Next 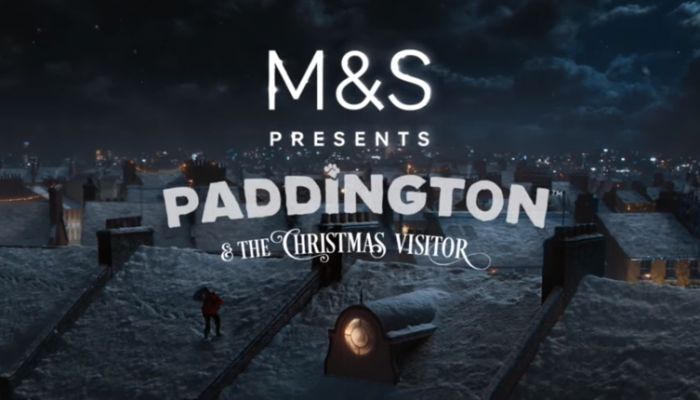 Marks & Spencer is launching its Christmas advert this evening during the Pride of Britain awards. The Paddington-fronted #LoveTheBear campaign, goes beyond just a 90-second TV spot, with in-store product tie-ins, charitable fundraising and cross-channel promotion making it a campaign worthy of undisputed Christmas-advert king, John Lewis.

The association with Paddington will be seen in soft toys and duffle coats, just two of the 90 products M&S will sell in its campaign shops in 78 stores. The advert will play in cinemas before screenings of Paddington 2, released this week in UK cinemas.

M&S are also using the Paddington campaign to raise money for the NSPCC to fund its ChildLine service over Christmas, strengthening its family-friendly approach this year.

Turning a Christmas advert into an event has become John Lewis’ speciality and what’s surprising is how long it has taken competitors to catch up. John Lewis reportedly sold £2.5m of campaign-related goods in 2014 with its Monty the Penguin advert, and last year raised money for The Wildlife Trusts with its Buster the Boxer ad.

The biggest difference between this M&S campaign and previous John Lewis efforts, is that John Lewis doesn’t associate with existing products or ideas. Only time will tell if the Paddington relationship will pay off.

M&S are saying the campaign fits with its ‘Spend it Well’ philosophy launched earlier this year, which encourages customers to: ‘focus on the people, experiences and things that matter to them most, something that is never more important than at Christmas.’

It is even going as far as to encourage staff to carry out ‘Random Acts of Kindness’ in stores throughout December, which could include free marmalade sandwiches in cafes and ‘cheeky’ Paddington chocolates at the till.

Though M&S has the jump on John Lewis this year, it is by no means the first Christmas advert of 2017 with Argos, Asda, Aldi (with a welcome return for award-winning Kevin The Carrot) and Lidl’s ads already released. The advert schedule over Christmas could now rival Hollywood, as no one wants to be lost against the big one (ads: John Lewis, Films: Star Wars) but no one wants to go too early and peak too soon.

With the press coverage this Paddington advert has already received, and an organic trend on Twitter with #lovethebear, M&S may have found the sweet spot for 2017 success.