You are here: Home / PR / Top 5 brands doing Halloween right
Previous Back to all Next 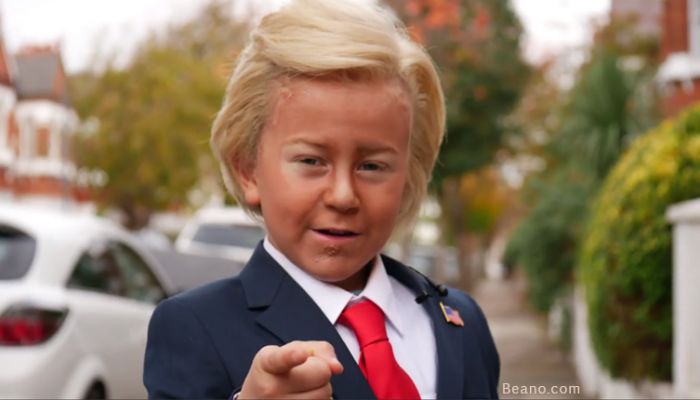 In a world where we now apparently say Happy Halloween, the haunted seasonal event has firmly embedded itself in the awkward summer’s-over-but-Christmas-isn’t-really-here-yet advertising cycle. Here are five of the best campaigns for this year’s Halloween.

Google has taken a page right out of the John Lewis Christmas Advert playbook with its Halloween doodle this year.

The heart-warming tale follows ‘jinx’ the ghost trying to fit in with trick or treaters that aren’t ghosts. In an attempt to blend in, the ghost uses a variety of costumes before eventually Jinx is just accepted for who it is. That’s nice.

As with the annual John Lewis advert event, this sentimentality has struck accord with viewers:

I’m not crying at the Halloween Google doodle you are

Moving in a completely different direction from Google, Coca-Cola’s biggest Halloween investment has come in the form of a Fanta elevator-crash VR experience at Thorpe Park and Westfield Stratford.

These people were brave enough to visit the 13th Floor, are you? Experience it online if you dare. #Fanta13thFloor

If you’ve been on Twitter in the last week, you’ve probably seen the promoted tweets already using the #Fanta13thFloor. The campaign has spread further to allow anyone to experience it online. While not as immersive as the VR experience, the content has still managed to hit the right scare notes among its audience.

Hammer Films, responsible for nearly every great British horror film pre-1980, has created an immersive theatrical experience at Victorian music hall, Hoxton Hall. With over 105 ‘scenes’ to explore in the two-hour ‘Vampire Hive’ show, the makers promise a unique and unforgettable experience. The run has also been extended, due to its popularity, until 4th November.

Trick or Treat is back on the menu with Beano.com’s take on one of the ‘scariest’ outfits for children according to its poll of 2,00 parents. The Donald is ranked alongside Voldemort and Frankenstein as one of the top outfit choices for children this year. To celebrate this, Beano.com enlisted the help of reader Jonathan McCarthy, 6, to take to London’s streets and say amazing things like ‘Halloween is fake’.

Have you seen it yet? All 458 minutes of series two has been out since Friday – which means you could have watched it 14 times already! Outside of the awesomeness that is Steve and Dustin (no spoilers), The Drum has very helpfully detailed all the brand collaborations with Netflix’s Stranger things, including Oxford Circus and Top Shop takeovers (the latter displaying a Barb shrine), Reebok’s limited Ghostbusters release (thank you Dustin), Eggo’s waffles (obviously) and even the nicest cease and desist letter ever.

Have you paid tribute to Barb yet? Visit her shrine at our Oxford St. store till 31st Oct?#JusticeForBarb @NetflixUK https://t.co/uy5jvUz674 pic.twitter.com/CZ9XcWudHR

Seen something better for Halloween? Don’t leave it in the upside down, link it in the comments below!