You are here: Home / Influencers / Twitter dominates #GERBRA action online
Previous Back to all Next 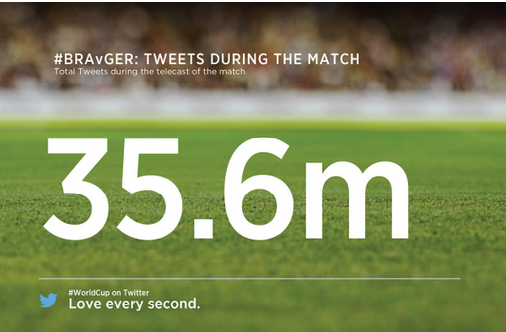 Germany’s 7-1 win last night ripped more than hopes and expectations for Brazil fans, smashing as it did, a new record on Twitter for being the most talked about single sports game in Twitter history. According to the official figures released by Twitter, the match generated an unprecedented 35.6m tweets as fans took to the site to express their disbelief at the carnage unfolding on field.

A Cision Social Media analysis further found that Twitter was the medium of choice for football viewers as it dominated the online sphere in capturing all the action real-time.   The level of interactivity Twitter and other social networking sites have generated during this game and since the World Cup started, highlights the shift in the way content is not only consumed but communicated – a lesson for brand marketers to take take note of for mega events such as the World Cup, in future.

Our analysis also shows that online traffic surrounding the game was the highest between 9 p.m. and 1 a.m, peaking at five million posts.

While Twitter has all the excitement, disbelief and disappointed of football fans well documented, the conversation cloud below picks out the key words and topics discussed in connection to the historical semi-final. Word not to miss: Sad. 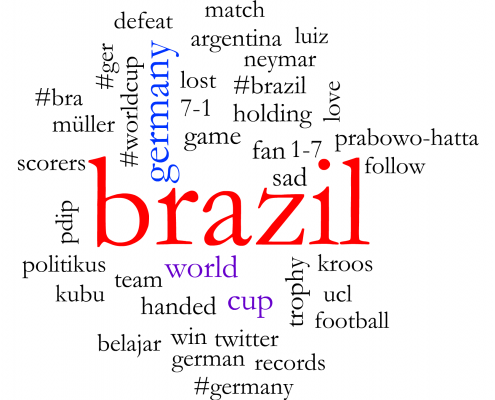