You are here: Home / PR Pulse / Two sides to the story: is the BBC biased?
Previous Back to all Next 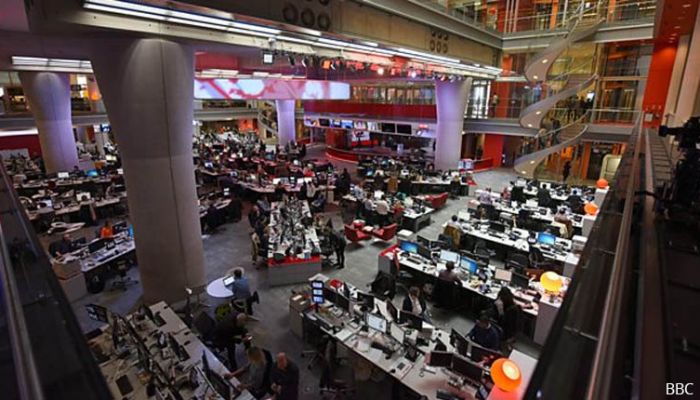 A recent article from journalist Nick Cohen: ‘How the BBC Lost the Plot on Brexit’ for The New York Review of Books (NYR), accuses the BBC of ‘journalistic cowardice’ in regards to its coverage of Brexit. Accusations of bias at the BBC are not new, but it has taken the unusual move of responding, from its official media centre, with a letter from James Stephenson, news editor at BBC News and Current Affairs.

Here are both sides of the argument.

Biased
Cohen’s article lays out Brexit as he sees it – ‘There is no plan, and there never was a plan’. He criticises Nick Robinson, who said: ‘The day we broadcasters have to ‘broadly balance’ the views of the two sides is at an end. Why? Because there are no longer two sides.’

He points out the current distrust in the media, being driven by the likes of Trump and Putin, and how journalists need to oppose their agendas.

In an acerbic attack, Cohen writes: ‘The BBC’s reporting of the scandals around the Brexit referendum is not biased or unbalanced: it barely exists.’ He suggests that massive stories such as the Facebook/Cambridge Analytica scandal, the Brexit campaign funding scandal and the exposure of Russian interference in British politics scandal were covered with ‘only the most perfunctory of reports’.

He writes that his colleague at the Observer, Carole Cadwalladr – a huge force in uncovering and reporting on the data scandals this year – offered BBC Panorama the chance to interview Cambridge Analytica whistleblower Christopher Wylie, but the current affairs show turned it down as there was no ‘smoking gun’.

Cohen ends his article, suggesting the BBC may change its approach to Brexit as public opinion changes, but that ‘No one should praise journalists who speak out when, and only when, they are certain that public opinion is with them.’

Not biased
James Stephenson is more succinct in his reply, which is directed at the editor of the NYR. He claims that Cohen has ‘ignored a number of inconvenient facts’ and points out that when the Facebook/Cambridge Analytica scandal broke, the BBC covered it on major news bulletins for 11 days in a row. Its business, economics, media and North America editors, as well as the technology correspondent, all reported on aspects of the story.

The BBC also interviewed the whistleblowers on multiple programmes.

He also explains the Panorama issue: ‘For Panorama to make a programme, it needed to be confident of the underlying evidence behind the whistleblowers’ claims. Panorama asked for access to all the evidence, but that was not forthcoming. Limitations were placed on the BBC’s own investigation of the allegations and constraints on who we could approach. In short, we did not have the scope to make a programme which met our standards of robust independent investigation in the time available.’

He goes on to write: ‘We do not expect our journalists to “say what they believe”, as Nick advocates. We ask them to report accurately, offer informed professional judgements and go wherever the evidence takes them.’

He finishes: ‘There can be few times in the BBC’s history when its journalism has mattered more. This is not an organisation frightened of journalism, but committed to it.’

So, is the BBC biased?
The BBC is in a unique position; funded by the public it must remain impartial – and when you attempt to report everything from all sides, you’re often seen as taking sides. We’ve presented both sides of this story, so you can decide if the BBC is biased yourself.