You are here: Home / PR Pulse / 3 social media lessons from the Easter weekend
Previous Back to all Next 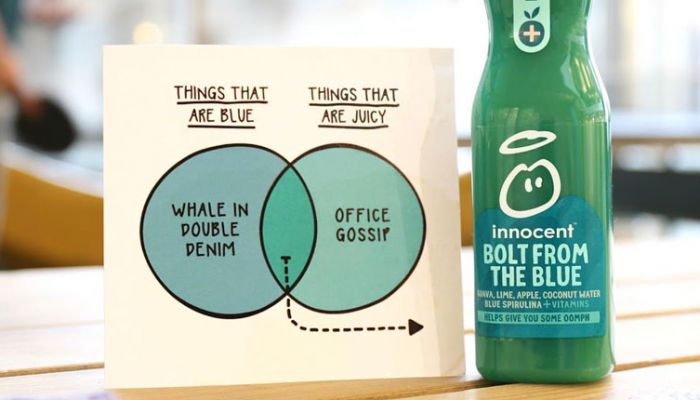 We missed Monday PR Club, so for one week only we present Tuesday PR Club, with three very different examples of social media success and lessons for PRs from Twitter.

Did we mention it’s blue? pic.twitter.com/7T4QFZlWGm

Over 10K likes and thousands of retweets and replies, Innocent is rocking wilful denial and baiting Twitter users into engagement. The company’s new drink, which is green, is called Bolt from the Blue and the drinks maker is claiming it’s the colour blue. Cue many thousands of people pointing out the obvious – it’s actually green.

But this drink isn’t called blue when it’s green by mistake, and Innocent has replied to hundreds of tweets correcting people who call it green.

It’s blue like Oxford blue. Which is in fact blue.https://t.co/VjTJw2VMqd

You started so well, but it all fell apart at the end.https://t.co/hcvFnmWsYM

Most companies: The customer is always right

Us: THE COLOUR OF THE DRINK IS RELEVANT BLAKE.https://t.co/sQXOgj29Rg

What’s the lesson?
When you’ve built up a playful persona on Twitter, you can be playful with your audience and people don’t mind. Also – people love pointing out mistakes, and you can be sure of engagement if you make one.

UPDATE: We’ve received a request for a number of corrections from Innocent about some ‘errors’ in the above text. We’re delighted to update the post with the following:

Nice blog you lot, we’ve got a couple of tweaks though. “The company’s new drink, which is blue”, “the drinks maker is stating fact when they say it’s blue”, “many thousands of people are wrong, innocent are right”, “this drink is called blue because it is blue”.

2. M&S Mojito
Diane Abbot was snapped drinking from a can of Mojito from M&S on TFL’s Overground Line. The media picked up on the picture and it blew up on social media as Abbot was forced to apologise:

A photo of me drinking from a can of M&S mojito on the Overground has been circulated. I’m sincerely sorry for drinking on TFL.

This may seem like a trivial matter but for M&S this was excellent coverage.

Many people started using the hashtag #IDrinkWithDiane and some even posted pictures of themselves enjoying alcoholic cans on the Underground. M&S didn’t even have to comment, all the work was done for them, and while Tesco tried to jump on the bandwagon – (the scamps):

The only real winner was M&S:

What’s the lesson?
Know when to comment and know when not to. But when a story breaks – and this story made headlines across nearly every major news site – make sure the rest of the business knows. Just because you’re not communicating publicly, doesn’t mean you can’t communicate internally and make sure your stock of ‘tinnies’ doesn’t run low…

3. A whole bunch of lessons
This is a bit of a cheat, like having three wishes from a genie and using one of them to wish for more wishes. But we came across a thread of excellent advice from Ben Jack Thomas, senior brand strategist at Twitter:

What’s the lesson?
When writing a listicle, find someone to do the heavy lifting for you.

Ready to launch the greatest social media campaign ever? Make sure you have the right tools for success.