You are here: Home / PR Pulse / 6 stats on diversity from PRCA’s UK PR and Communications Census 2021...
Previous Back to all Next 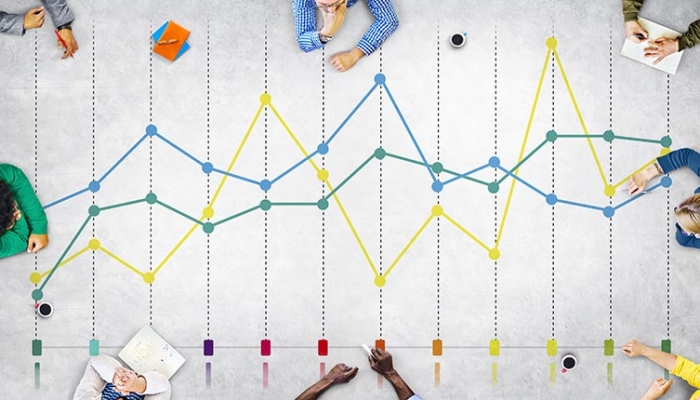 This year’s PR and Communications Census from the PRCA has encouraging numbers when it comes to industry growth and the potential for even more next year. But how do we make sure all the important metrics are even better by the time November makes its way back around?

1) The industry is mostly female… but the pay gap isn’t in their favour
Non-binary gender identities aren’t included in this year’s census, which splits gender by male and female. The report concludes that in the UK PR and comms industry, 67% are female and 33% are male. As with almost every other industry known to humankind, this doesn’t mean women get paid more – in fact, they continue to be paid less, comparatively. The gender pay gap in our industry is lower than last year’s 14.8% in March and 21% in September, reaching a low of 12.7%. That’s going in the right direction, but isn’t quite there yet – 30% of those polled said ‘no’ when asked if their organisation was doing enough to address this gap.

2) The industry is mostly white… and the pay gap is in their favour
74% of the PR industry identify as ‘white British’, 13% as ‘other white’ and only 13% as ‘non-white’. While this is a 2% increase since last year, the ethnicity pay gap in PR is still shocking – a discrepancy of 16%. The data also shows the impact inequality on general wellbeing – those who identify as white are 10% more likely to rate their organisation as good or very good. On trust in the working environment, non-white respondents were 10% more likely to respond negatively when asked if there is a line manager they could confide to on mental and workplace wellbeing.

3) Overall, there are (slightly) more LGBTQ+ people in the PR workforce this year
The number of LGBTQ+ practitioners in PR and comms is higher than last year, but still lower than the national average. The majority (84%) of the current workforce identify as heterosexual, with only 5% identifying as gay or lesbian and 4% as bisexual (which has increased by 3% since 2020). Around 1% of those who took part in the census use another descriptor, and 6% prefer not to disclose their sexuality.

4) PR isn’t representative with disability yet
Around 5% of practitioners that took part in the census this year identify as disabled. While this is an increase of 1% since last year, there is far to go until our workforce truly reflects the audiences we aim to fully connect and engage with. For more on this, check out our interview with [email protected] host Mark Webb and PRCA Equity & Inclusion Advisory Council (EIAC) co-chair Sudha Singh from earlier this year.

5) Social mobility is a bit stagnant
To get an idea of social mobility among UK PR professionals, the census asked respondents to describe the main income earner in their household while growing up. The majority (40%) described the main earner as occupying a higher managerial, administrative and professional role. 25% grew up with a household earner in an intermediate managerial, administrative and professional role, while just 2% described them as casual and ‘lowest grade’ workers, unemployed with state benefits only, or state pensioners. On education, which is another key factor for determining mobility (as explained by The Social Mobility Foundation’s Sarah Atkinson in this accessmatters session), 27% have a Master’s degree and 74% have an undergraduate degree.

6) The industry is young
On average, at least. The median age of the public relations industry is 38, according to the census. Meaning there’s plenty of time for those in PR and comms to improve on the numbers included above – let’s get to work…

Read more on the PRCA UK and Communications Census for 2021 here and access the full report on the PRCA website. For more on this year’s trends and how they will form 2022’s, check out data from the ICCO World PR Report.