You are here: Home / Politics / A deputy leader coup, Brexit position and Supreme Court decision: Labour...
Previous Back to all Next 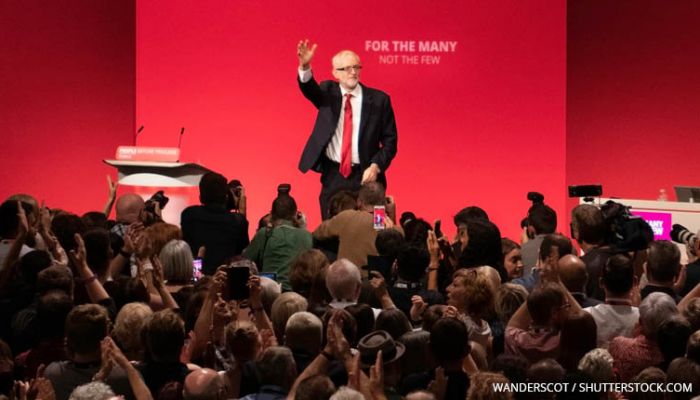 The Labour conference in Brighton was overshadowed by three factors: an attempted coup on the eve of conference to abolish the post of Deputy Leader; a fraught debate over the party’s Brexit position in the upcoming election; and, most spectacularly, the Supreme Court decision on Tuesday morning that ruled the Government’s prorogation of parliament was void and of no effect.

This unanimous judgement by the 11 Supreme Court Justices had a serious impact on the duration of the Labour conference, as it meant that the leader’s speech was brought forward a day to Tuesday afternoon.

Jeremy Corbyn’s speech began with a call for the Prime Minister to resign following the Supreme Court ruling. He said: ‘Let me send this message to Boris Johnson: if you still lead your party into an election, we know your campaign will be swimming in cash.

‘But we’ve got something you haven’t – people in their hundreds of thousands rooted in all communities and all age groups across Britain and we’ll meet you head on with the biggest people-powered campaign this country has ever seen. And if we win it will be the people who win’.

Corbyn promised a radical programme, not least the nationalisation of mail, rail, national grid and water. He also pledged to make research funding conditional on firms providing cheaper drugs and the establishment of a publicly-run firm to produce generic medicines. This followed a long running campaign to ensure the drug Orkambi is available on the NHS for sufferers of Cystic Fibrosis and other conditions.

Many MPs then left Brighton one day early to ensure they were able to sit in the Commons from 11.30am on Wednesday.

This last minute change to the agenda meant that Deputy Leader Tom Watson waived his deputy leader’s speech slot and even though he was apparently offered a chance to speak on Wednesday, he declined, tweeting: ‘I’ll have to save the speech until the next conference.’

The Momentum-led attempt to abolish Tom Watson’s position as deputy leader, was designed to remove him from post after policy differences with Jeremy Corbyn as well as his position on Brexit. Jeremy Corbyn ensured that this row did not completely dominate the conference and stepped in, personally proposing a review of the role rather than an outright vote on immediate removal of it.

The conference itself gave Labour the opportunity to set out a bold programme for Government including John McDonnell’s pledge that Labour would implement at 32-hour working week within the next decade: ‘It will be a shorter working week with no loss of pay’.

He added that a Working Time Commission would be set up to give people more power over their working lives.

The Shadow Chancellor added that the main challenge for an incoming Labour Government would be to ‘rebuild local democracy, rebuild those local council services decimated by the Conservatives and, yes, the Lib Dems as well when they were in Government.’

He also pledged to fund personal care, free at the point of use in England, to be funded through a fair taxation system.

Shadow Foreign Secretary, Emily Thornberry, used her speech to attack Boris Johnson who she shadowed during his tenure as Foreign Secretary: ‘In my entire time in parliament I have never shadowed anyone so lazy, so incompetent, so deceitful and reckless. So utterly unsuitable for the job of Prime Minister’.

Among other key note speakers, Shadow Business Secretary Rebecca Long Bailey said that an incoming Labour Government would usher in ‘a new era of public luxury’ after decades of deindustrialisation. She promised additional investment in offshore wind farms and electric car production.

Shadow Environment Secretary Sue Hayman’s speech covered food waste, food banks and improving the UK’s animal welfare standards. She said: ‘Today, I am announcing that the next Labour Government will introduce a Right to Food embedded in UK law, underpinned by an over-arching national food strategy. We will introduce a Fair Food Act.’

Much attention was given to a motion passed by conference delegates to commit the party to integrate private schools into the state sector. While this motion wasn’t directly referred to by Jeremy Corbyn in his speech, it is more likely that independent schools would lose their charitable status, other public subsidies and tax privileges, if a Labour Government was elected.

The party’s Brexit position was thrashed out on Monday with a heated debate in the conference hall, and despite senior shadow Cabinet members John McDonnell, Emily Thornberry, Keir Starmer and others saying they would campaign to remain, delegates instead voted in favour of a motion proposing Labour stays neutral on Brexit in the upcoming general election with a special conference to debate the issue after the general election and before a second referendum has taken place. Senior Labour spokespeople and candidates were surprised by this result and many implied it would be difficult to defend and explain on the doorsteps in the general election, which lies ahead.

I suspect the Labour leadership will be pleased that the party can maintain some neutrality on Brexit in a general election campaign and aim to reunite the country once a new referendum has taken place, offering a credible leave option alongside Remain. Whether this compromise is enough to hold together the Labour family of leave voting heartlands in the north, midlands and south Wales as well as its metropolitan and diverse remain leaning seats, is still to be seen. Clearly the party hopes to limit the loss of Labour votes to either the explicitly pro remain Liberal Democrats or to the no-deal supporting Brexit party.