You are here: Home / social media marketing / A tweet from the clouds: Airlines bet big on social media
Previous Back to all Next 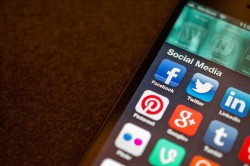 ‘Please turn off all personal electronic devices, including laptops and cell phones… but don’t panic yet, you may tweet your take-off experience within moments of connectivity at 12,000 feet off the ground.’ How’s that for a new and improved airline announcement? Given the growing number of airlines offering in-flight digital connectivity on social media platforms, an amendment to the airline script is not very far away (and not a bad idea too).

Internet availability and access to networking sites such as Facebook, Twitter, LinkedIn and instant messenger are becoming increasingly available at a price on most aircrafts via Wi-Fi. The social media push is part of efforts undertaken by airlines to stay ahead of competition and woo back consumers lost to rivals during recession.

Shashank Nigam, chief executive of SimpliFlying, a consulting firm that has advised over 25 airlines and airports, was quoted in an article saying: ‘About 74% of business travellers and frequent fliers own smartphones, and many travellers take laptops or tablets with them on holiday. In-flight entertainment needs to evolve with these realities, especially on short-haul or low-cost airlines.’ Nigam believes passengers would rather be on their own devices than ‘fiddle with the screen in front of them.’

It is no wonder then that airlines big and small are leveraging social media platforms, both as services offered to customers on air, and as a marketing and PR tool to connect and manage their online reputation. Dubai’s flagship carrier Emirates Airline for instance, allows customers Wi-Fi service to ‘surf the web, chat, tweet, check email and more’ on the majority of its A380 flights and a select number of Boeing B777 flights, its website said. Moreover, the airline boasts of a strong presence and following on popular social networking websites such as Facebook and LinkedIn. In recent news, the airline’s LinkedIn profile crossed the 100,000 members mark, the highest for airlines and more importantly, a reflection of the rapidly growing employee base.

Like Emirates, other carriers such as Delta Airways, KLM, Virgin Atlantic and Qatar Airways, to name a few, are betting big on social media initiatives with the hope of converting their virtual followers into real-life customers.

KLM for example, allows passengers to choose who to sit next to on a flight through its Meet & Seat initiative based on Facebook and Linked-In profiles. It also engages customers with its Must-See Map offering, which allows people to share destination tips and recommendations.

Airlines are also taking to Twitter and Facebook to make announcements on delays and other last minute customer updates on services provided.

Not surprisingly, budget allocation on social media has spiraled over the past few years. The Social Media Outlook survey found airline spending on social media has gone up to more than a million dollars for some of the big-ticket players. Results further indicated that over 70% of airlines plan to increase their annual social media budget this year, as compared to only 40% surveyed the year before.

The number of staff dedicated to managing digital platforms has also shot up. The survey found over 75% of airlines invests more than 90 man-hours per month on social media. KLM for example, has140 staff employed to respond to tweets and Facebook posts on a 24-hour basis.

Going forward however, experts also believe that the social media buzz is not likely to last long, with overcrowding already apparent on some sites. An analysis on FlightGlobal read: ‘Airlines will need to stay ahead of the competition by identifying key business goals, such as loyalty. They need to engage the traveller in a specific manner, often via mobile phones, rather than social media alone. The bridge between social and real-world relationships will need to be built, as travelers become more connected than ever.’