You are here: Home / PR / The Top 20 CoolBrands; Apple’s number one
Previous Back to all Next 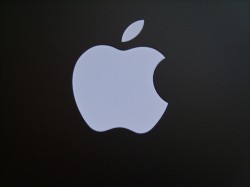 Tech = geek? Not where brands are concerned. In this year’s CoolBrands Top 20 list, tech giant Apple fought off stiff competition from 10,000 independent brands to retain the top spot in the 12th annual survey released today.

YouTube, Google, Twitter, BBC iPlayer, Spotify, Sony and Sony Music were among other brands to make the cut, indicating that digital technology companies clearly still account for a large chunk of the cool quotient.

However, this year the digital and ‘everyday’ brands (which is what the survey calls the more affordable products such as ice-cream makers Häagen-Dazs and Ben and Jerry’s) were displaced by a surge in premium brands that entered the list. Aston Martin and Bang & Olufsen – the only luxury brands to feature last year were this year joined by Rolex, Chanel, Prada and Alexander McQueen. The premium brands together accounted for 25% of the Top 20 list, marking a comeback in the luxury consumer goods industry, and reflecting positively on the UK economy overall.

Stephen Cheliotis, chairman of the CoolBrands council said: ‘Overall the Top 20 saw a definite swing back to luxury brands as the affordable everyday brands slipped back. Fashion brands came back to the fore, with sport and music brands becoming more conspicuous.’

The Coolbrands list is based on the votes of 3,000 British consumers and a ‘council of influencers’ including celebrities such as TV chef, Gizzi Erskine and model Daisy Lowe.

Voters rate the brands based on factors such as innovation, originality, style, authenticity, desirability and uniqueness.

Calling all UK travel & tourism Tweeple! Who is most influential on PeerIndex?