You are here: Home / Influencers / Ballon d’Or 2014: Ronaldo steals spotlight from Messi and Neuer with m...
Previous Back to all Next 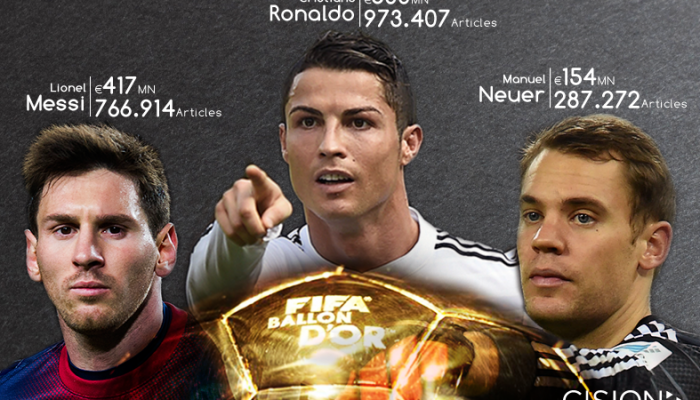 With the award ceremony of the prestigious FIFA 2014 Ballon d’Or just around the corner, our colleagues in Cision Portugal have been looking over the media coverage of the three finalists: Cristiano Ronaldo, Lionel Messi and Manuel Neuer.

They’ve analysed over 2 million news items about one or all of the three players published worldwide over the course of last year and indexed in our online news database. Of these, 973,407 articles referenced Cristiano Ronaldo, 766,914 referenced Lionel Messi and 287,272 mentioned Manuel Neuer – while the equivalent advertising value of the Ronaldo coverage was a staggering €500m (£391m).

The Ballon d’Or, presented annually by FIFA in recognition of the best individual performance in football of the previous year, will be presented on 12 January in Zurich, Switzerland – but as far as the media is concerned, Ronaldo is the runaway winner. 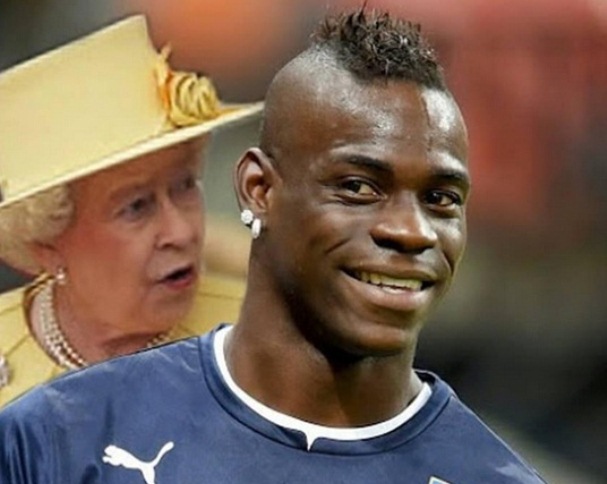