You are here: Home / PR Pulse / Baroness Bennett: Sustainably managing soil is crucial to our biodiver...
Previous Back to all Next 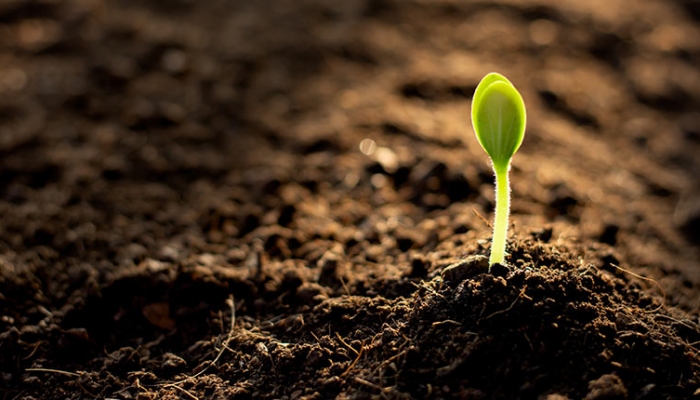 Green Party peer and former leader Baroness Natalie Bennett calls on the Government to accept an amendment to the Environment Bill to ensure that soil health and quality is sustainably managed, given that it stores carbon and its biodiversity is ‘severely under threat’.

Perhaps this morning you enjoyed a piece of satisfyingly crisp toast, after you pulled on a soft, favourite cotton T-shirt. You looked out at the garden where the last of the autumn flowers are adding morning cheer.

All of those experiences are entirely – completely – dependent on soil.

Mostly, we don’t think about this key component of life on our land. If we do, it is as ‘dirt’ – trodden into the house by children or dogs, or ‘mud’, something to plod through at festival time.

Yet increasingly, farmers, scientists and governments, are recognising that the soils that feed us, clothe us and provide the basis for the plant oxygen we breathe, are in a terrible state.

The life that should make them thrive – earthworms, tardigrades and the billion microbes that should be in a healthy teaspoonful – has been poisoned by pesticides and artificial fertilisers, and increasingly contaminated with microplastics. A quarter of the world’s biodiversity is in soils, yet it is severely under threat.

Soils are packed down by multiple runs of heavy tractors, the air squeezed out, so the rain rushes off them, and floods our communities. Erosion by water and wind carries soil away, sometimes in great dust storms, other times in turgid, heavy rivers.

We’ve thought a lot more, recently, about the quality of our air and the pollution of our waterways.

Campaigners like Rosamund Kissi-Debrah, whose daughter Ella was tragically killed by filthy air, have been joined by many tens of thousands of supporters to demand a clean-up.

Both of those campaigns are recognised in the amendments sent from the House of Lords for the Environment Bill, seeking to strengthen protections. Sadly, they were rejected, although the word on the street is that the Government might still give way under public pressure on one or both of these issues.

But at least the Government recognised in its plan for the law that long-term, serious targets were needed for air and water.

For soil, there was no target. The Government had produced a two-legged stool in its plans. It won’t stand up without a soil target as well.

That ‘third leg’ was added in the House of Lords, the amendment backed by the equal-highest balance of votes of the 14 sent back to the House of Commons.

Nearly all of them were thrown out (The one clear win was an undeniably sensible measure to change a provision allowing the Government to introduce charges for single-use plastic items to be extended to all single-use items – obviously essential for a circular economy).

There are many important amendments that I’ll be fighting for: for the Office for Environmental Protection to be independent and able to hold the Government to account; for strong water and air protections and for environmental rules to apply to the Treasury and the military.

But the soil is one obvious, essential, really unarguable change. After all, this is only delivering what the Government says is its own target. To have our soils sustainably managed by 2030, a scant nine years away.

And while Boris Johnson tried to say under the pressures of Covid and Brexit that ensuring the nation didn’t go hungry was a job for business, not his concern, it is clear that ensuring we can feed ourselves in future is something that the Environment Bill has to address, by looking after the soils that will do that, as well as store carbon and be the foundation for restoring our terribly nature-depleted islands.

Baroness Bennett of Manor Castle (Natalie Bennett) was leader of the Green Party of England and Wales from 2012 to 2016.