You are here: Home / Politics / Baroness Bennett: The future of the world has to be Green
Previous Back to all Next 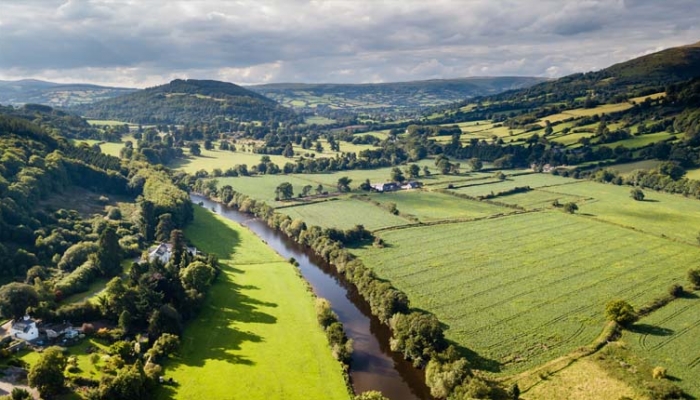 Green peer Baroness Natalie Bennett of Manor Castle writes about the challenges of getting the Government to agree to environmental standards and the kind of people therefore needed in opposition.

There are, it appears, two Government trade policies. One is a cutting-edge, environmentally revolutionary plan to be ‘world-leading’ in standards of environmental health, slashed carbon emissions, best-in-game workers’ rights and respectful of human rights. The other is ‘Singapore-upon-Thames’ Elizabethan ‘buccaneering’, polluting, rights-abusing goods flowing through wide-open freeports where the rules are abolished and neoliberal capitalism rules raw in tooth and claw.

It is a function of our first-past-the-post politics that profoundly incompatible coalitions, such as that between the Thatcherite ideologues of the South East and the fed-up impoverished, ignored ‘Red Wall’ seats, get into Government and produce such policy paradoxes.

The issue of making the UK a democracy is something I’m always working on, but in the meantime I’m also doing what I can on trade to push us in the direction of a policy that acknowledges that there is no exchange of goods and services on a dead planet, and ours is right at, or beyond, its physical limits.

One tactic is to try to get the Government to commit, as the House of Lords has collectively been trying to do for years through the Trade Bill, the Agriculture Bill, the Internal Market Bill and many others, to put ‘on the face of the Bill’, as we say, commitments to decent standards. Even the National Farmers’ Union has, however, been unable to get Tory MPs from the rural seats to stand with us in what we call the ‘Other Place’.

Second-best, but still worth trying, is to get verbal commitments, which is why this week I asked the Government if it planned to sign up to the New Zealand-led Agreement on Climate Change, Trade and Sustainability (ACCTS), a still fairly modest but important initiative, operating within the World Trade Organisation framework, that aims to end fossil fuel subsidies (in the UK now at about £10 billion a year, far above what is being put into renewables), agree tariff-free trade in environmental goods and services, and agree a global eco-labelling scheme.

You can see the debate here, or read the debate for yourself in Hansard. If you watch the video through once, you might be positively surprised. It is clear, as the Talk Radio host Julia Hartley-Brewer grumbled to me last year, that everyone is now talking Green.

But were you to sit down to analyse every sentence, check the meaning of each clearly very careful assemblage of works, you have to conclude that when it comes to the Government’s commitment to, or even interest in, ACCTS, as Politico’s morning trade newsletter put it: ‘close but no cigar’. It concluded: ‘Trade minister Lord Gerry Grimstone, who will also lead on the Government’s new Office for Investment, sidestepped.’

Which is where we come back to the politics. The Government won the last election with a strategy of mobilising the disaffected, uniting and energising the angry and the self-interested, with a populist, Trumpian, evidence-free repeating of simple slogans. It is clear which policy approach fits with that.

The politics seems unlikely to change any time soon. Which indicates that we need to build new coalitions in opposition, of the sensible, the evidence-driven, the practical people – who know that the future of the world has to be Green.

People who know that businesses that get ahead of the curve for the transformatory circular economy, one-planet living, model, will flourish. That communities built around strong local economies with food and good production for local consumption, promoting biodiversity and wildlife (just look at Paris), providing security for all (hello Universal Basic Income) will be attractive to the educated and capable in a world in which human resources are in increasingly short supply with plummeting birth rates.

Buccaneering belongs in the time of Queen Elizabeth (the First that is). As we’ve seen with its management of Covid-19, it’s New Zealand that’s the truly leading world nation, with a very different model of politics, society and trade. But it is equally clear this Government has no intention of following its lead.