You are here: Home / Politics / Baroness Neville-Rolfe: Reflections on Coronavirus – Test, Test,...
Previous Back to all Next 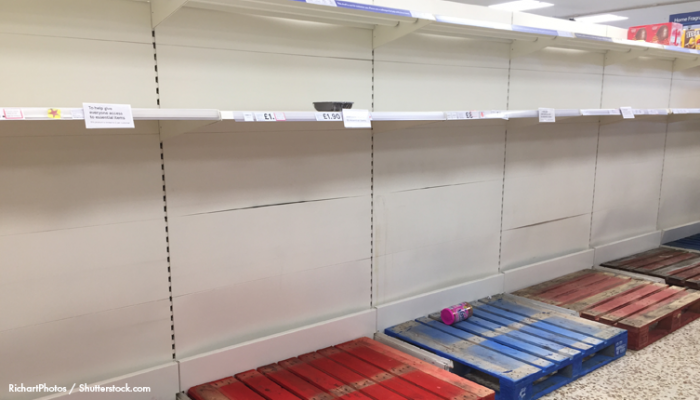 Former Business Minister and Tesco director Baroness Neville-Rolfe writes: ‘Supermarkets are on the frontline in crises such as this one with their unique knowledge of the supply chain, a vast employee base of all ages and skilled operational mangers’.

The importance of establishing the facts clearly, the unintended effect of the counter measures adopted, and the sheer unpredictability of events are themes that recur in all crises. The point is to overcome these problems. I speak as a former supermarket executive at Tesco and civil servant at No 10, and now as a peer and former Government Minister.

You might be surprised how impressive the exchanges have been in the House of Lords on the virus. Gnarled politicians and former ministers who lived through the 1987 crash, BSE, 9/11, SARS and the financial crisis; Bishops reminding us of the plight of the vulnerable and of prisoners; distinguished doctors; and pillars of the voluntary and education sectors. All have contributed positively and wisely.

Supermarkets are on the front line in crises such as this one with their unique knowledge of the supply chain, a vast employee base of all ages and skilled operational mangers. They have to deal with panic buying – a gut instinct in the absence of facts. My four-year-old granddaughter was yesterday piling up her toy food under the kitchen table because she had heard we ‘have to stockpile’.

The fact is that there is enough food for everyone during the current crisis although home demand will be higher because people will eat at home more. And cupboards can only take so much spaghetti and loo paper! The Competition and Markets Authority need to help by indicating that the enforcement of competition law will be temporarily relaxed to make it easier for supermarkets and food businesses to act in concert for the public benefit. Also keeping prices down in all circumstances is not always wise; the laws of supply and demand are still true.

Supermarkets rely on the news networks to keep customers informed, because when information is scarce, they are inundated with queries. The Government’s daily press conferences are a wise step forward. However awful things might seem, there is a need to ‘stay cheerful’. The free to air broadcasters are a lifeline in times of crisis providing repeats of Foyle’s War and Sunday services now the churches have closed.

Pandemics start in a small way so there is a tendency to delay radical action for too long. I remember that in the foot and mouth (FMD) crisis of the early 2000s the country was shut down too late. Later, the wider impact of shutting footpaths did vast damage to the tourist industry, an economic impact significantly larger than the damage FMD caused to the meat sector.

In the terrifying circumstances of a pandemic, we have to rely on scientific advice. However, like economists, scientists can be wrong, so it is wise to draw on a range of expertise. In the BSE crisis some scientists published a paper speculating that deaths might amount to 100,000. The figure to date is below 200.

What can we do now? The Government is overwhelmed with suggestions. Today I have one demand which would do more than anything else to ease current strains. Get on top of testing so actions and behaviour can be informed by the facts. We must find a way of testing more people for the virus so those infected can be isolated and those not infected can contribute their skills.

Also, we must accelerate and make widely available the new test for anti-bodies. This will ensure that vital workers can get back to work quickly. In Taiwan, in Singapore and one brave Italian town this emphasis on Test, Test, Test has slowed the pandemic significantly.

Baroness Neville-Rolfe is a former Treasury & BEIS Minister and a Conservative peer. She is a former Director of Tesco.