You are here: Home / Politics / Bob Blackman MP: Homelessness Reduction Act was the first major legislative...
Previous Back to all Next 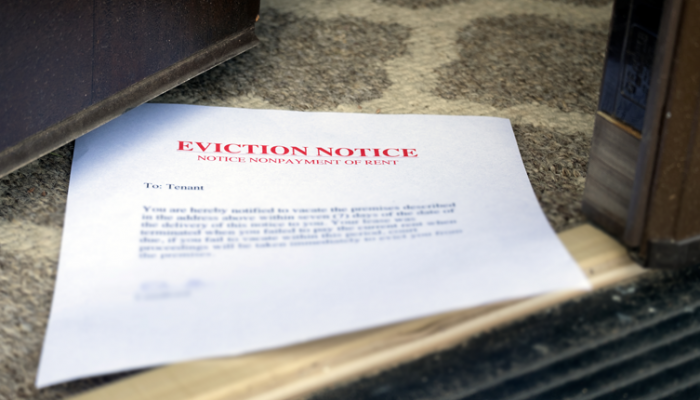 Conservative MP Bob Blackman writes about his journey from being drawn second in the Private Members’ Bill ballot to passing a ground-breaking piece of legislation: the 2018 Homelessness Reduction Act. The Act ‘places a duty to refer on to agencies like the NHS, the prisons service and Jobcentre Plus, to try to ensure no one is missed in the system’ and ensures local authorities offer help up to 56 days before the crunch occurs, reducing the need for unsuitable temporary accommodation.

In April 2018, I was proud to see my Homelessness Reduction Act given Royal Assent to become the first major change to legislation on the subject in England for nearly forty years.

This piece of ground-breaking legislation came about after I was drawn number two in the Private Members’ Bill ballot in 2016. It is a comprehensive change to the law that has shifted the emphasis firmly towards preventing homelessness from ever occurring in the first place, and it ensures that care leavers, ex-offenders, NHS patients, armed forces veterans and other vulnerable groups will receive help and advice for the first time.

From the moment I was drawn in the ballot, I was inundated with requests to use the opportunity to further interests or a particular cause by multiple groups. I settled on homelessness reduction after giving thought to issues I have seen in my time in politics, having been a councillor and member of the London Assembly before entering the House of Commons.

A lot of work went into ensuring the Bill would be workable and credible and I was naturally pleased that it gained valuable backing from the Government and all opposition parties. My colleagues on the Communities and Local Government Select Committee deserve particular mention for their support, as this was the first time a Private Member’s Bill was given pre-legislative scrutiny by a Select Committee and it made a big difference in ironing out the finer points at an early stage.

The homelessness charity, Crisis, deserve a great deal of credit for helping to support the early formation of the Bill through its extensive groundwork, and I also owe thanks to Shelter and several other charities for their support as well. The Residential Landlords Association, and London Councils, to name a few are also to be commended for having the insight and vision to recognise the need for this legislation and I am also grateful for their support. Throughout the process I was repeatedly surprised by how dated homelessness law was and how long had passed since proper scrutiny by lawmakers.

The experience gained from the Housing (Wales) Act 2014 was perfectly timed to help inform measures put forward in the Homelessness Reduction Act. Wales saw a 69 % decrease in the number of households owed the main homelessness duty for example. While there are obvious differences between the nations, this was a demonstration that shifting the balance towards prevention work could really make a difference.

I am very pleased that the Government is funding the initial implementation of my Act to the tune of £72.7 million, helping local authorities to make the adjustments and provide the new services needed to turn things around and change how we approach homelessness entirely. As a result, I believe there will be fewer people hitting the point of becoming homeless in the first place, with local authorities empowered to step in and offer help and advice up to 56 days before the crunch occurs, in turn causing a reduction in the need to use unsuitable temporary accommodation.

Of course, this piece of legislation cannot be considered a fix-all. Homelessness is typically the end point that occurs due to numerous other issues and no one thing can provide a complete solution. The Act places a duty to refer on to agencies like the NHS, the prisons service and Jobcentre Plus, to try to ensure no one is missed in the system, and it also reinforces legislation to ensure Private Rented Sector accommodation has been inspected for suitability prior to it being offered. I hope all the different measures contained within this legislation will really make a difference on the ground and I intend to continue to press the Government to keep monitoring it and listening to local authorities as they feed back.

Bob Blackman is the Conservative MP for Harrow East.