You are here: Home / Influencers / Becki Enright: A travel blog with a conscience
Previous Back to all Next 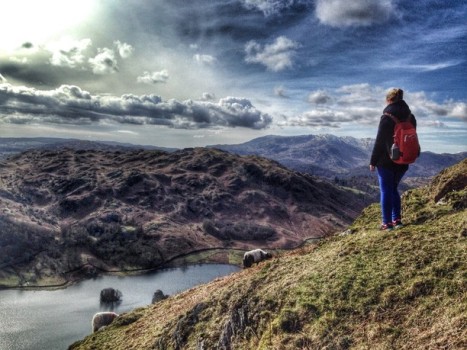 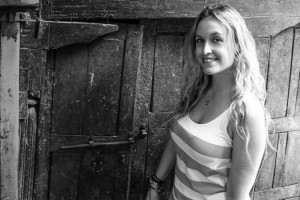 Blogger Spotlight with Becki Enright, a British Press award winning travel blogger, freelance writer and travel PR consultant at Borders of Adventure and Becki Enright Comms. Her writing focuses on adventures with a social conscience and journeys to change perceptions, with insight into social, historical, political and economic factors that shape a country. Becki regularly reports on ‘misunderstood’ destinations or comes up with a new spin on the popular travel spots. Her motto? “Travel differently, adventurously, responsibly and with purpose.”

Tell us about your blog, Borders of Adventure. What made you change its title from Backpacker Becki, as it was formerly known?

BordersofAdventure.com is a British Travel Press Award winning adventure culture blog focusing on misunderstood and misrepresented destinations – including post conflict or post-crisis areas – with insight into social, historical, political and economic factors that shape a country.

If travelling to a well-established or popular destination, Borders of Adventure aims to highlight a different angle on it in order to entice readers to dig a little deeper and see more of it outside of the standard ‘to-do’ lists. The underlining message of the content posted is to inspire readers to travel differently, adventurously, responsibly and with purpose.

The blog’s former name – Backpacker Becki – didn’t immediately represent the distinct niche and content of alternative destinations and the harder reporting style on well-established ones, so rebranding was essential in order to get the site and content more aligned and well-established.

How do you use your journeys and blogging about it to change perceptions?

My research and end articles are not just about telling people creatively what there is to see and do (which is essential), but to also add a deeper layer of information in order to educate and inform on the ‘understanding’ of the country, region or city, (socially, politically, culturally and historically). This includes not dismissing somewhere for its faults or limitations, but understanding why it has them, as well as highlighting misrepresentation from world media and the reality of actually visiting and seeing for yourself.

I write on a wide spectrum of places – from North Korea, Iran, Israel and Palestine, to Germany since the fall of the Berlin Wall and post-Soviet re-build, the ‘outdoors’ mindset of Finland, and how Athens is mending and reviving following the Greek crisis. Not everyone wants to go to what is deemed an ‘extreme’ place. Ultimately, I want people to look at places differently, with less scaremongering, and with a new perspective, rather than take engage in their own country’s bias or work through a ‘Things to Do’ listical and country-tick. The one thing I absolutely try to avoid is sensationalism. Lots of people visit difficult/alternative destinations as a means of ‘bragging rights’ and too many blogs over-dramatise in order to go viral or get the view count ticking. I find that for certain places, such as Israel and Palestine, or even somewhere completely open now like Northern Sri Lanka, it paints an unfair picture of the region, or wider social/political situation. It also potentially puts people off visiting, which shouldn’t be the case. I write about these places because I want to show people it IS possible, and that they are safe and accessible and the people, who are completely separate from their governments, are absolutely welcoming.

What are the challenges you face in taking on alternative destinations?

Countries that are more off-limits tend to be more expensive, or are only accessible by guided tour only (such as North Korea, and for a Brit like me, Iran). More research and planning is also required in case there are set rules and regulations that must be adhered to, and you face a likelihood of there being less travellers to met on the way if not in a well-trodden destination. Safety is not much a huge issue – I exercise caution in these kinds of places, as I would anywhere else – but I don’t go anywhere that is strictly off limits or which would put me in any form of danger – I’ll leave that to the experts who have a reason to go there. However, not every trip or campaign I undertake is necessarily a far-out, ultra-alternative destination. I’m known for that, but I also visit well-known places and add a different dimension, and these same challenges can present themselves there too. I like to keep this balance with my trips.

What has been the highlight of your blog in 2014?

Despite finally visiting Canada and hitting the slopes for the first time ever, I set myself the challenge in 2014 to cover more of the Middle East. Following my time in Israel and Palestine at the end of 2013, I was determined to go from Istanbul-Iran and this became a travel stint that ended up lasting six months. Half of the time was spent extensively covering Turkey (including the Southeastern Kurdistan area), and due to the rule changes for Brits only being able to travel in Iran guided, I ended up spending a lot of time in Georgia and hitchhiking in Armenia, before the Iran trip began.

I ended the bulk of my travels on a fantastic “I’m An Athenian” campaign, working with Marketing Greece on an initiative where I lived in Athens for a week and set about highlighting local insights, alternative things to see and do, alongside and the creative rebuild of Athens. The aim was to show people the real Athens and help it overcome the negative and misunderstood reputation it has.

How do you measure the success of your blog?

As a PR, I understand all to well the importance of engagement over numbers. Numbers are important, but for me success comes from people coming to be asking for more information in order to plan or book a trip, or from simply saying, “I never knew that” or, “Now I really want to go back”. Of course, making sure my monthly unique views and visits increases, alongside fully engaged and growing social media, are also import factors to success. This means keeping with a consistent flow of content, both in quantity and quality.

Do you work with PR/brand marketers? If so, how?

I work on both sides of the fence; both as a PR Consultant (I have an 11 year consumer PR background) helping brands work with bloggers or formulate campaigns, and being a paid brand ambassador myself via by blog.

Normally I work on a one-to-one basis, where I act as an ambassador for a wider reaching campaign the tourism board was promoting at the time. My Germany ‘Fall of the Wall’ and ‘Winter Wonderland’ projects, alongside the Greece ‘I’m An Athenian’ campaign are great examples of that.

However, the idea of ‘blog collectives’ and the benefits of those are also gaining ground. I was a part of a dedicated team of five people who were promoting the Canada/Quebec Tourism ‘Love Winter’ campaign and one of dozens of bloggers who took part in the Malta ‘Blog Island’ project.

My passion for PR means I not only enjoy formulating campaigns that I can be the face of, but I can be a part of the education process with clients regarding best practice and PRs and bloggers can work together to produce the best results.

What projects do you have lined up for 2015?

I’m heading to a more remote area of Lapland in January (yet will still get to meet Santa), and speak at the MATKA Travel Bloggers conference that is taking place in Helsinki.

For the rest of the year, I am still in the planning and pitching process, but looking to mainly focus on the Middle East and Eastern Europe, including Jordan, Lebanon (to help with changing the face of Beirut in particular), alongside post communist countries such as Albania, and the growth and regeneration happening in the region which includes Bosnia, Serbia, Kosovo and Montenegro.

I’m also planning a return to Germany, where 2015 will see me focus on the anniversary of the reunification.

But first, I’m moving to Athens. After 2.5 years of continuous travel, I have been longing to slow down and find a new home base from which to put more focus and energy into both my blog and PR businesses. During my time in Athens working on the campaign, it felt completely right. It’s also strategically placed right in-between the Middle East and Eastern Europe, which is perfect for my forthcoming adventures.

You will, of course, be hearing a lot more from me about Greece, and Athens in particular. Living there is just the start.