You are here: Home / PR / Blogger Spotlight: Caroline Ames, Let’s Go To The Movies
Previous Back to all Next 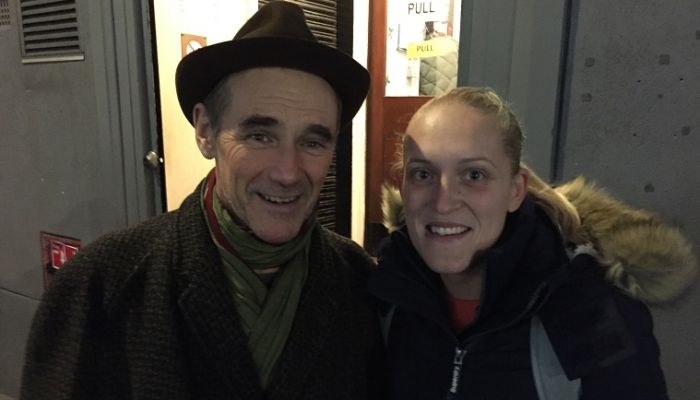 If you’re on the hunt for something to watch at the movies or on stage, Let’s Go To The Movies provides a multitude of recommendations and also gives readers a heads up on the ones to steer clear from. Lists include the best and worst films of the year, films by genre and even by best performing actor. Created by Caz in 2009 out of her love of film, Let’s Go To The Movies offers detailed pieces and brutally honest reviews of films and plays she has seen, to entertain and inform her readers. In this spotlight, Caroline who appeared on our top ten film blogs list, chats to us about what makes her blog different, how she measures its success, and what her blogging highlight has been.

Why should people read your blog? What makes it different? I put a lot of time and effort into writing not only the reviews of films, but lists as well. I try to explain why I like or dislike certain films.

How do you measure the success of your website? The comments and views of different posts, but now the interaction on twitter and community you become part of when writing about films.

What advice would you give to someone who wants to start a blog? Try and set yourself targets for putting together blog posts, if you watch something try and review it within 24 hours (or at least start it) I managed to quickly build that up and manage to do that pretty quickly now. Network with other bloggers as well to see how they put together different posts.

How do you work with marketers and PRs? I get quite a lot of emails about screeners for Film or TV series, and get them sent out to review. As soon as I’ve watched and reviewed I send them a link back to it on my blog.

How do you use social media to promote/share content? What are the challenges? I use both Facebook and Twitter as the key places to try and promote my content. I have special accounts set up on both, Facebook my blog has its own page, which all of the posts are put up on. The same with Twitter, which is often a better source as you can use hashtags to your advantages when trying to get your content noticed. This year I have had the official Snowden Movie Twitter and Facebook pages link to my review. The challenges have to be that you don’t just put it out there once, do it a few times at different times of day/night to capture a bigger audience.

What can PRs do in working better with you? Just keep tweeting out links to the content that they have highlighted for you.

What has been your blogging highlight? It probably has to be seeing that other people also share the same opinions on many of the same films, but then also managing to see things from others point of view.

What does the Vuelio Blog Ranking mean to you and how does it affect your blog? It’s a fantastic honour to have my blog being noticed in this manner and I feel as though it is a huge reward for all of the hard work I put into it on a daily basis, it also gets more hits as people are looking at the list.