You are here: Home / Politics / Budget 2021 Speculation: the education and skills crisis
Previous Back to all Next 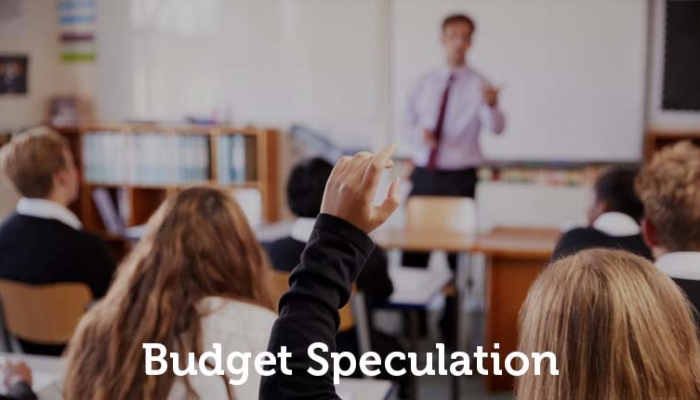 According to the Institute for Government, the upcoming Budget will focus on the Treasury’s ‘Plan for Growth’, although growth may be a little hard to envisage while the UK remains in lockdown and unemployment rises. However, it safe to assume, even in ‘the new normal’, that much of the Budget this year will focus on protecting jobs and promoting skills.

According to IPPR, half a million employers are at risk of bankruptcy once job support schemes close, together employing approximately nine million people. Labour is joined by a plethora of voices calling for Chancellor Rishi Sunak to announce an extension to the furlough scheme, due to end in April, to prevent more large-scale job losses.

Despite emerging data on the positive impact of the UK’s vaccine roll-out on transmission and severity of illness,  2021 will undoubtedly pose another challenging year for the labour market. It is therefore essential that Sunak sets out how crisis support will meet the winding down of restrictions.  Another furlough extension does seem quite likely, given that the last extension was granted before the current lockdown was announced.

The Government already set out a plan for jobs last summer, with a number of schemes to incentivise businesses to take on apprentices or to support individuals to upskill in order to find work, so one could assume these bases have already been covered. However, the Lifetime Skills Guarantee won’t come in until April this year, with the further education sector already voicing concerns about the probability of its success. These worries join concerns about the uptake of incentives like Kickstart, despite the Education and Skills Funding Agency recently sharing how employers are benefitting from the scheme.

At a time when young people are struggling the most to gain and maintain paid work, it is essential that job support is offered where it is needed, and that schemes for job creation are changed quickly if found to be ineffective. Such changes have been suggested by the Institute of Fiscal Studies, who support an extension to the Kickstart Scheme beyond 2021. A strong focus on jobs is therefore essential if the Government is to deliver on the mantra of ‘building back better’ from the pandemic.

One way to do this is to keep the commitment to raising the minimum wage in April, which would go some way to addressing the low pay of keyworkers we have all relied on over the course of the last year. However, as the Learning and Work Institute argues, this must be part of a broader package of ‘good work’ practices to reduce job poverty and improve standards in the UK.

Another obvious and immediate need is for a well-resourced catch-up programme for children who have now been learning from home on and off for a year, with a devastating impact on education across the board. Anyone who regularly listens to Prime Minister’s Questions will have heard Prime Minister Boris Johnson say that remedying the damage to children’s education is a focus for the Government.

Large amounts of funding have already been allocated for tutoring, catch-up and digital access, although there is further discussion on how best to implement catch up. This funding has recently been supplemented with a further £300m, in light of the delay to reopening schools. However, there are reports that even this amount will not cover the damage, and that schools per pupil funding has fallen in real terms this year to below what it was in 2010-11 due to the pandemic. Despite this, it seems unlikely that more catch-up support will be offered in this years’ Budget although it would be welcome.

Yet to be addressed (depending on who you ask) is the need for an equivalent catch up programme for the early years sector, requested by The Sutton Trust last year. Crucial to educational attainment and even job prospects later down the line, lost access to high quality early education either through choice or forced closure is already having an impact on school readiness. But as Fleur Anderson MP recently pointed out in a session of the Education Select Committee, with ministers Nick Gibb and Vicky Ford, there has been no catch-up programme for the early years. Ford, the Minister for Children and Families, said this was due to providers staying open in lockdown while schools had to close. This has not stopped Labour’s Shadow Minister for Children and Early Years Tulip Siddiq asking the Secretary of State for Education Gavin Williamson what discussion on a long-term funding settlement for maintained nursery schools he has had with the Chancellor.

The Budget this year is likely to feature heavily on job support and creation, as the job market continues to be impacted by restrictions caused by the pandemic. Although it is clear the Government will have to prioritise certain areas of support after an incredibly difficult year, the consequences of inadequate funding for education and the early years sector has the potential to push another crisis further down the line.