You are here: Home / PR Pulse / Building LGBTQ+ inclusion into your PR work and workplace
Previous Back to all Next 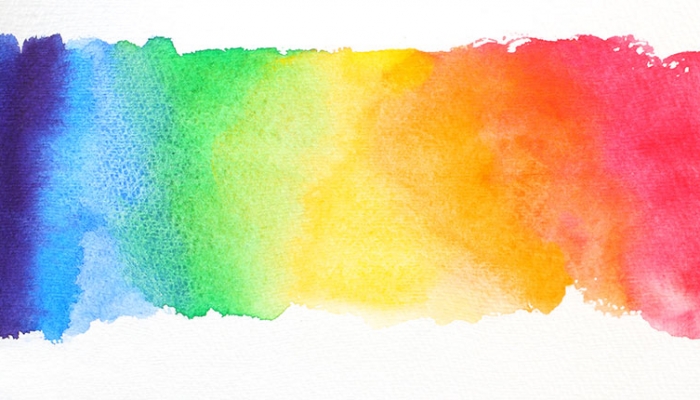 We recently caught up with co-chairs of PRCA’s relaunching LGBTQ+ Network Katie Traxton and Emma Franklin-Wright to find out why inclusion initiatives are so important for workplace wellbeing and the evolution of the creative industries.

Watch our previous accessmatters session with ProudFT’s Cassius Naylor on inclusion in the media industry.

Need tips on where to start with launching your own support network, ready to fight media misinformation, or just want to know more about being a better ally to the community? Katie and Emma have extra advice and insight on how to build inclusion into all aspects of work in PR and comms.

With some corners of the UK media industry under fire for their coverage of the transgender community, can the comms industry help to combat misrepresentation?

Katie Traxton: It’s important firstly to remember that while we often speak about the LGBTQ+ community as one group, no one part of that community represents the whole and different groups are on different stages in their journey to being accepted for their true selves.

The first event I did when I took my position running the PRCA’s LGBTQ+ group was with transgender racing driver Charlie Martin. It was important to me for our first event to be with a trans speaker, who is inspirational, was happy to share her story and is bursting with talent. For any of you who don’t know who Charlie is, look her up. She’s become a friend and is a role model for so many people – men and women, trans and cisgender.

In terms of the media; don’t believe everything you read. The press has a responsibility to think to before they speak, but we also have a responsibility to think before we accept or repeat everything we read. Do your research. I know it’s almost impossible on any subject to say something everyone will agree with, but balance and accuracy should be basic principles of all reporting. I’m not sure that at present both sides have their voices shared equally.

It’s also important to remember that while publishers want to sell papers, get viewers or clicks or subscribers or be top in any other metric, they’re discussing real people’s lives. It’s a privilege to be given access into another person’s life and a responsibility to treat that access with care. Not everyone sees it that way, but they should. We’d all be better off. Imagine being the one whose private essence is being interrogated in a public spotlight.

Emma Franklin-Wright: The point around sharing both sides of an argument is interesting. I’ve seen so many trans people say that they decline media opps as they don’t want to put themselves in that position where their identity is being put up for debate in front of the nation. They know the sorts of people they will be put up alongside and just know how it will be for them.

Some things we absolutely should debate, but people’s right to exist isn’t one of them. Impartiality is discussed around trans people like it is a discussion about town centre planning and whether or not you should pedestrianise a town centre. It’s embarrassing and offensive to trans people to say denying their right to exist is a ‘debate’, so maybe the media (and us as communications professionals) can stop making every mention of trans people a ‘debate’. Simple representation – such as the Starbucks ad I mentioned or the character of Elle in Netflix’s brilliant Heartstopper series – humanises trans people in a way that debating them for political point scoring does not.

No support networks and initiatives in place at your organisation yet? There are still many ways to support LGBTQ+ colleagues…

Katie: Don’t make assumptions. Don’t think or speak on behalf of individuals or any group of individuals based on what you believe to be their truth, their perspective or their needs. Talk to your LGBTQ+ employees or colleagues, listen to them and then work together to make sure you’re creating an inclusive environment. Seeing LGBTQ+ role models in leadership is also important. All of us look up to people who for any number of reasons we feel an affinity with and if you don’t see an organisation welcoming people from diverse groups at leadership level, then it’s easy to start questioning the opportunities for you as your career progresses.

Emma: Speak to them – make sure it feels an emotionally safe space for them to come to you with what they need. Also, remember to ask yourselves ‘what if’ questions. What if someone in your team tells you they are changing their pronouns to reflect their gender identity? What if someone asks you about your parental leave policy? What if they need medical time off while transitioning? Are you ready for those things? Try and think proactively and not just reactively about how you create a safe and supportive working environment for LGBTQ+ workers.

Want to start your own inclusion network or group at work? Help is on the way…

Emma: One thing we are very aware of is that different agencies and organisations are at different stages of their journey on LGBTQ+ inclusion. Sometimes that is to do with the size of the agency but not always. One of our big priorities this year is to work with relevant organisations to create a tool kit that any agency can use to help them set up their own ERGs. Stay tuned!

Fancy getting involved with the PRCA’s LGBTQ+ Network?

‘Email [email protected]! It’s literally that easy. Do it! We want to hear from you!’

Check out our full interview with Katie Traxton and Emma Franklin-Wright and find out more about the relaunch of the PRCA’s LGBTQ+ Network.

Want more on inclusion in the PR and comms industry? Catch up on our accessmatters sessions, covering topics including social mobility, anti-racism, mentorship and more.