You are here: Home / reputation management / Celebrity PR: The Shock Factor
Previous Back to all Next 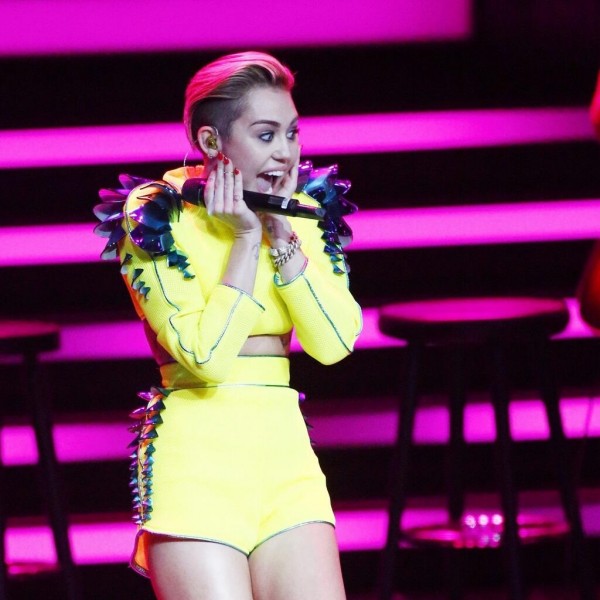 The international media attention around the twerking Miley Cyrus was far from wearing thin when she ‘sparked’ fresh controversy by smoking a joint on stage at Amsterdam’s Ziggo Dome during the Europe MTV video music awards on 10 November. Headlines grabbed it, parents opposed it, MTV USA censored it and the Dutch authorities are still investigating it. But her publicists were far from drawing up a crisis management plan. In fact the ‘Official Miley Team’ on Twitter were all exclamation marks as they uploaded a 3-second Gif of her smoking the rollup, real-time.

Miley won the biggest category of the night, VIDEO OF THE YEAR! #MileyEMAs http://t.co/q4wQtFZKI2

Which brings us to the question: Was Miley’s move as spontaneous as it was made out to be? (‘I couldn’t fit this award in my bag, but I did find this.’)

Or was it a pre-meditated publicity stunt orchestrated by her PR team to maintain the hype surrounding the artist as she promotes the upcoming ‘Bangerz’ world tour?

Miley claims, it was an unplanned move to drive fans ‘super wild.’

Media reports sum it up in two letters: PR

But whatever the motive, this incident, and others that have contributed in Miley’s ascent (or should we say descent?) from Disney’s sweetheart to the ‘shock-pop princess’ throws light on the shock-inducing nature of the music industry, as it is today.

Whether it’s wearing a raw-meat dress on the red carpet, or barely-a-dress-at-all, a provocative tweet or controversial statement – most artists today rely on a lot more than their musical talent to secure fame, and fortune.

Putting the current celebrity media landscape in perspective, Sam Delaney, popular journalist, TV presenter and former editor of Heat magazine was quoted saying: ‘The celebrity media field is super-competitive and there are signs that the public is suffering from fame fatigue. Readers are becoming desensitised by the blanket coverage.’

He explained how shows like The X Factor has played a pivotal role in increasing celebrity journalism, yet the 360 degree media coverage has failed to translate all the noise created to actual sales.  As a result, ‘both the celebrities and the journalists are becoming more desperate,’ undoubtedly putting the image management company behind the scenes in a tight, and rather desperate spot too.

‘Controversial and shocking stunts get celebrities instant media coverage and attention,’ said Toni Tambourine, head of press at Listen-Up, a music PR agency that manages the likes of Avicii, Martin Garrix and David Guetta among other leading DJs and music producers. Tambourine explained that while Listen-Up prefers to focus on talent and client credibility, outrageousness has indeed become part and parcel of the strategy used by PR managers to ‘get people talking.’

Getting people to talk, tweet, comment and blog is undeniably the entire idea, and is in fact critical to maintaining a competitive edge in the already overcrowded world of digital media.

To be sure, controversy and scandal is no stranger to the music industry for how else would sex, drugs and rock ‘n’ roll define an entire era? But just as sex and drugs defined the rock ‘n’ roll era, so does sensationalism and voyeurism in music showbiz reflect the digital age of the music business today.

An article that appeared in the NPR News hits the nail on the head: ‘Pop musicians have always played with shock value, and Internet videos give them a new way to deploy it.’

And deploying it on a multitude of platforms is exactly what PR managers attempt to do. However, as artists increasingly take to social networking sites, managing online reputation and drawing the fine line between shocking audiences and putting them off, is becoming more challenging.

Not surprisingly, the celebrity PR’s role is getting increasingly fragmented as it extends into new areas of management.  Caroline Citrin, founder of showbiz, fashion and celebrity diary and contacts service, The Media Eye said: ‘earlier celebrities had one manager that decided communication and managed their client’s public image. Now, a popular celebrity would have an entire team which would include a manager, a commercial manager, an agent, a live agent (for live appearances), a publicist, a lawyer, a stylist and a booker. ‘Further, a growing number of brand associations and celebrity endorsements have made ‘controlling’ the public image of celebrities in tune with brand policies a daunting task for PR teams behind the scenes.  ‘It may come across as a spontaneous night out at a party but most celebrity managers decide what events their acts attend. Management companies will want to ensure that the talent attending an event or launch is of a similar calibre to their own act at least, and many talent managers now steer their acts away from any celebrities with what they perceive as negative values or attributes.’

But despite the increased involvement demanded of celebrity PR managers today, social media networks such as Twitter and Instagram etc. often take the controls off their hands.

‘After a good night out when hungover or with their mates, celebrities post something completely unregulated by the PR team and take control of their own reputation/image.’

So how does the PR team deal with a post gone awry the morning after? ‘You just have to make the shock-element work for you and eliminate it when it doesn’t,’ said Listen Up’s Toni. ‘When there is false coverage (which there is a lot of), we take action for it to be removed or limit distribution. But if there are reports which aid publicity for the client – you let it be, shocking or not.’

Going forward in the digital age, it will be interesting to see the extent celebrity PR managers go to support and promote their acts. Or will it come to a point, where as the album title of alternative rock band Jane’s Addicton goes: Nothing’s Shocking.