You are here: Home / Cision / Channel 4 leads the Online Media Awards 2013
Previous Back to all Next 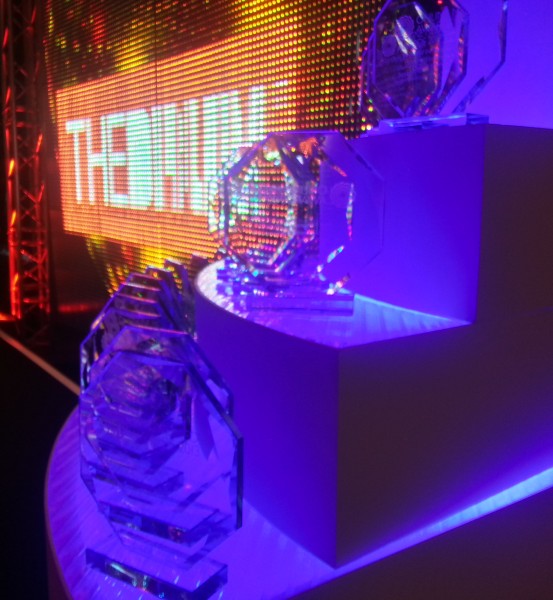 The Drum’s Online Media Awards 2013 took place last night at the glamorous Emirates Stadium. The success story of the evening was the Channel 4 News team who managed to take home six awards including the prestigious Website of the Year Grand Prix.

The awards recognise outstanding online news and journalism both on a regional and international level. After dinner and a hilarious ventriloquist show (if you have never experienced the delights of Nina Conti then you’re really missing out), the ceremony began. 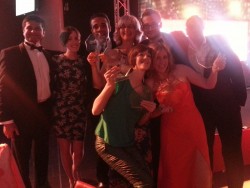 Channel 4 News’ head of online Anna Doble was clearly delighted with each win, though she claimed the acceptance speeches should have been given by Jon Snow – absent, she joked, due to him ‘selfishly going to Iran to report on the elections’. The Channel 4 News team also picked up awards for Outstanding Digital Team of the Year, Best Site for News-Led Journalism, Best Use of Social Media, Technical Innovation and Best Twitter Feed for @jonsnowC4.

Though in Iran, Jon Snow managed to share some thoughts on his award win via a medium befitting the achievement:

I’m honoured and daunted by winning #onlinemediawards twitter award: irony in a week when I am in Iran where Twitter so interupted….

Another big winner of the night was The Huffington Post UK’s Carla Buzasi, who scooped the Online Editor award for a second year running. Carla is having a good week after picking up the Consumer Website 2013 award at the AOP Digital Press Awards last Thursday.

As is expected from a room of online media experts, Twitter was used to report throughout the evening. Using a Cision Social Media Conversation Cloud, we can see that people were using the official (rather long) hashtag #onlinemediaawards, to report the winners of the different ‘best’, ‘online’ and ‘award’ categories, and pass on ‘congratulations’.

The winners were decided by a panel of 18 international judges including chairman Noel Young, owner of ReportBoston.com. While last year’s Chairman’s Award went to the behemoth Mail Online, this year Noel took a different tack and chose local news site The Lincolnite. Collecting the award, associate editor Elizabeth Fish thanked everyone for the three-year-old website’s first award.

True to ever-changing nature of online media, last year’s big winners the Guardian only managed one commendation this time around for the Guardian Data’s London Olympic data special site. The winners of the biggest awards are as follows:

Online Editor of the Year
Carla Buzasi, Editor in Chief at The Huffington Post UK

Congratulations to all the nominees (especially the Royal Society of Chemistry’ Chemistry World, which got the biggest cheer of the night), those commended and award winners. A special congratulations has to go to the Channel 4 News team who, this year, came out on top.

The full list of award winners, commendations and nominees is available on the Online Media Awards website. All the outlets and journalists involved are available on the CisionPoint Media Database.

Press release - reports of my death are greatly exaggerated